With both Apple and Google offering more than 700,000 apps in their respective storefronts, the app market is booming. Customers are estimated to be spending, on average, roughly two hours a day in the company of mobile apps, which pushes up the global revenue of app stores by 62%, reaching the $25 billion mark, according to Gartner. 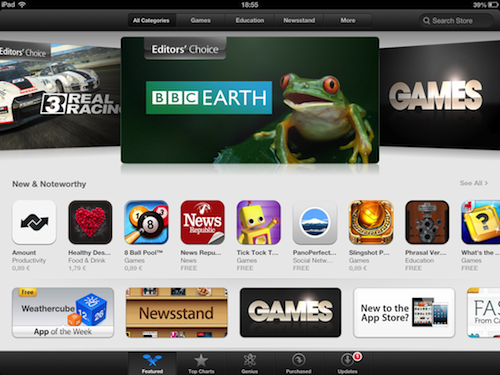 As Flurry’s chief executive Simon Khalaf points out, the apps industry “. . . is like cars at the turn of the last century. You see the growth of roads and know they’re going to be big. But it is still early days.”

However, the apps industry has changed a lot over the past two years: Consumers have doubled their time spent on apps, but 63% of the apps used on a daily basis are different from those used a year ago. Furthermore, the main issue of the apps market seems to be that despite having more than 775,000 apps in the App Store, recent stats show consumes are using roughly eight apps at a time. In other words, we can start talking about saturation.

Another issue — this time for developers — is how to break the ice and reach the top 250 apps, as the this list is dominated by incumbents. Market research firm Distimo says only 2% of the top 250 publishers are newcomers.

The bar is high, and is set by consumers: Consumers need something special, valuable, and easy to use, says Jake Mintz, co-founder of Bump Technologies. A good example highlighted in the Wall Street Journal article is Shazam, which recently reached 300 million users and has managed to generate five revenue streams.

One thing is certain though: The Apps industry is growing alongside smartphone and tablet adoption. But what about those who have moved on from the thrill of the first few months of downloading tens of apps? I myself have more than 170 apps on my iPhone, but I use only about fifteen on a daily basis. How many apps do you use per day?