Carrot Rewards is not even available across Canada yet, but the Canadian app which promotes and rewards fitness has found its first partner internationally. 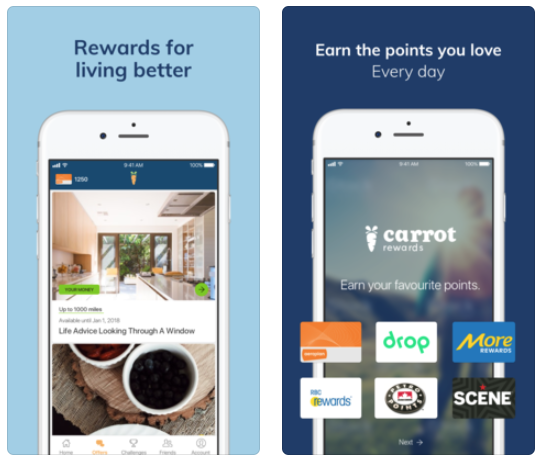 This spring, Carrot Rewards will launch “in parts of England”, thanks to a partnership with the British government.

Carrot Rewards says their app will also be “recognized this February at the World Government Summit in Dubai as one of the world’s leading public policy innovation initiatives,” out of 500 submissions worldwide.

The startup says it will also now created a global structure to let other governments license their model, which rewards users by staying active.

“We are proud to have already nudged over a million Canadians towards living healthier and better lives. Now is the time to spread the unique power of our wellness app to millions more, beyond our home country,” said Andreas Souvaliotis, Founder and CEO of Carrot Rewards, in a statement. “The world recognizes and wants Carrot — and we’re ready to make an even bigger difference, everywhere.”

Back in November, Carrot Rewards launched a paid subscription model to let users earn rewards faster, which the company says is working as paid subscribers are reaching daily step goals faster versus those on the free model.

Carrot Rewards is currently available in BC, Ontario (daily step goal rewards were recently axed) and Newfoundland. The company says a nationwide launch is coming this year (it was slated for 2018 but was delayed).

Click here to download Carrot Rewards for iOS in the App Store. Use referral code garyn1465 to get bonus points for signing up.