Digg Reader for iPhone, iPad Goes Live as Part of Digg for iOS 5.0

Digg has updated its iOS app to 5.0, which includes the highly anticipated Digg Reader, a replacement for Google Reader which was only 90 days in the making. 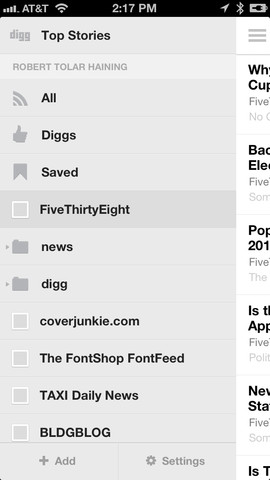 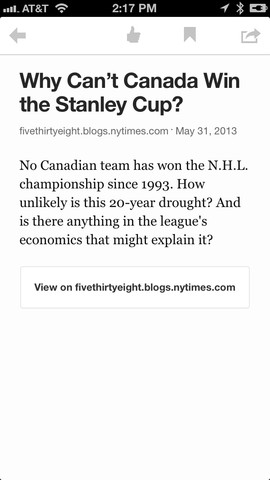 Nice choice of screenshot, Digg. Canada is not impressed.

Digg Reader was released last night in beta to early survey participants–check out our quick hands on of the web version here. Get updating or downloading and let us know what you think of Digg Reader. Is Digg back?