Facebook has released an update to their iOS app to support the higher resolution screens of the iPhone 6 and iPhone 6 Plus. While the iTunes description doesn’t note the iPhone 6 update specifically, it’s there.

What’s New in Version 16.0
Thanks for using Facebook! To make our app better for you, we bring updates to the App Store every 4 weeks. If you have iOS7 or up, you can update the app automatically (without checking back here) by going to Settings > iTunes & App Store > Automatic Downloads and turning on Updates.

Every update of our Facebook app includes improvements for speed and reliability. As other new features become available, we’ll highlight those for you in the app.

It’s still a shock when you see an app updated for the larger iPhone 6 displays, as everything becomes crisper. 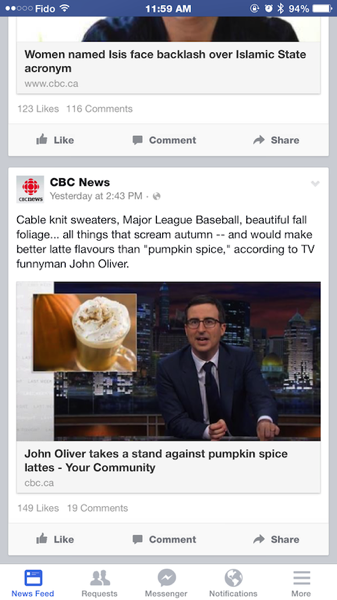