Facebook Messenger for iPhone was launched almost three years ago, based on the social network’s acquisition of Beluga Messenger. Today, Facebook Messenger 7.0 has been released, which finally brings support for the iPad.

Videos you shoot in Messenger can be saved to your phone’s camera roll.

It’s easier to invite more of your Facebook friends to get Messenger, too.

Plus, other fixes to make the app more reliable. 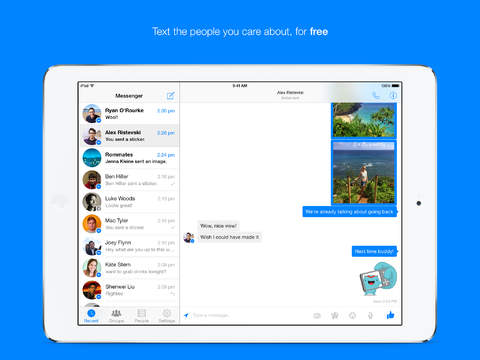 This update also now saves your videos into your camera roll and also makes it easier to invite friends to use Messenger. Also new is the ability to make VoIP calls from your iPad as well, a feature which launched last January.