Setting aside the children without parental control from the UK, Distimo has studied the U.S. App Store and found that the popularity of in-app purchases is unstoppable. In fact, in-app purchases generated a record 76% of all revenue in the Apple App Store for iPhone in the U.S. in February, the app analytics firm says. 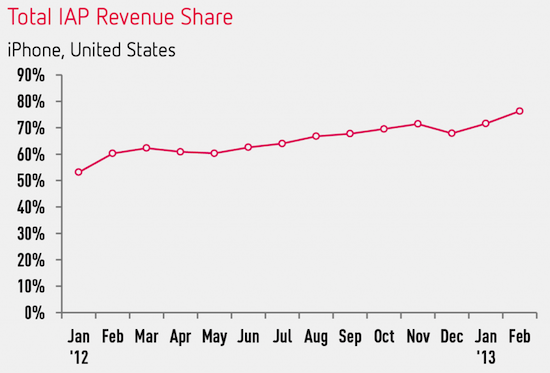 The growth seems inevitable: While in-app purchases accounted for roughly 53% of revenue in the App Store for iPhone in January 2012, this has grown 23% in just over a year, and the growth curve still points upwards.

Interestingly, though, the share of revenue generated by in-app purchases in the Asian market surpasses even the mature U.S. market, as it stands at 90% in Hong Kong, Japan, China and South Korea, according to Distimo.

In other words, the app business model spiced with in-app purchase is the scenario that seems to monetize the apps developers submit into the App Store. To put that into numbers, Distimo says: 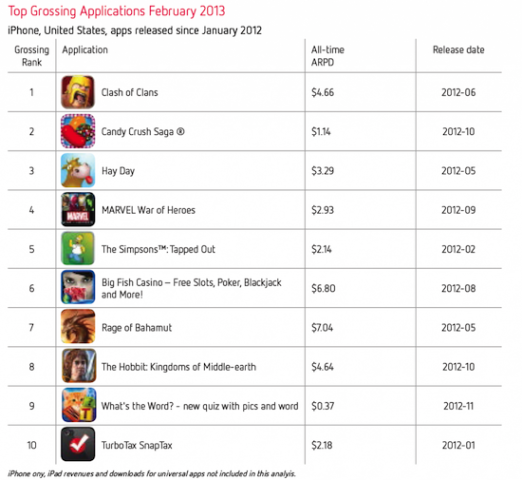