Sportsnet for iOS has received what Rogers calls “a major upgrade to our iPad landscape experience,” as users can now quickly flip between scores, news and more in the new design.

Also new is the added support for TELUS Optik TV users to login with their credentials to watch live TV.

Back in April, the app received a brand new redesign, while a month later an Apple Watch app was released as well. 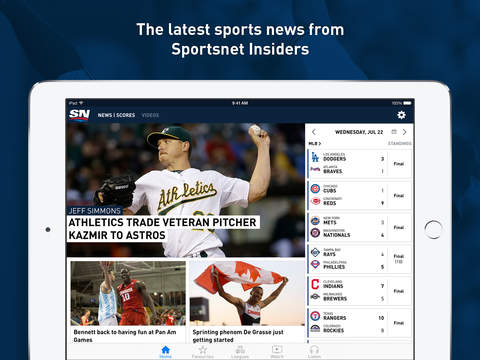 For Bell Mobile TV customers, your access to Sportsnet is set go bye-bye. The company has been letting users know via text message Rogers-owned Sportsnet and City channels are set to disappear as a negotiation failure occurred between both companies, reports MobileSyrup.