Twitter for iPhone Update Brings Back the Swipe Shortcut

Last December an update to the official iPhone Twitter app introduced a new, simpler interface. The changes were made to clearly make the app easy to use, but in doing so it removed some elegant shortcuts and features originally implemented by Loren Brichter’s Tweetie, which the app was based on.

Today, a new update brings back some old features such as the classic swipe shortcut and some other improvements. There’s also copy and paste for tweets and profiles, and font size settings to name a few. Check out the list of changes below:

Here’s a picture of the familiar swipe shortcut many have grown to love: 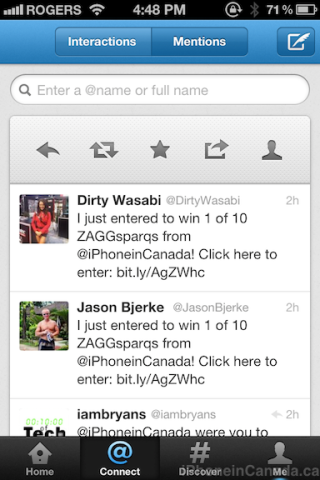