It was leaked earlier a huge Twitter for iOS update was coming, and now it has finally arrived. Here’s what’s new:

Twitter for iPhone 4.3
– Expanded Tweets: when you view Tweet details containing links to partner websites, you can now see content previews, view images, play videos and more [please note: this feature is rolling out gradually]
– Enhanced experience around selected events with the best Tweets and photos from those involved
– Push notifications for Tweets: choose to receive notifications from people you follow anytime they tweet or retweet
– Ambient notifications: enables you to see brief non-interruptive notifications in the status bar while you are using the app
– Improvements to search autocomplete for users
– Discover: now indicates when new stories are available for you to view
– Tappable avatars that take you directly to user profiles
– Performance improvements
– Support for password entry in app when experiencing authentication issues
– Hungarian language support
– Updated with new Twitter bird
– Many other tweaks, polish, and bug and crasher fixes 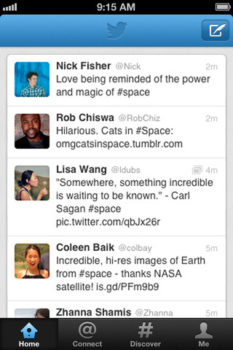 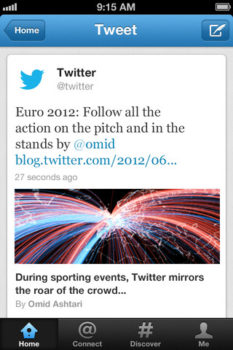 I like the ability to receive push notifications from certain followers as the new ambient notifications while within the app. Twitter for iOS seems to be confused as to where it’s going. It still shows signs of Loren Brichter’s Tweetie but now it seems to be adding more features and becoming its own fully-powered app to compete with third party alternatives, such as Tweetbot.

Let us know how you like this update. We’re going to go test it out now.