Vancouver’s Lisa Bettany Profiled For Her Success with Camera+ 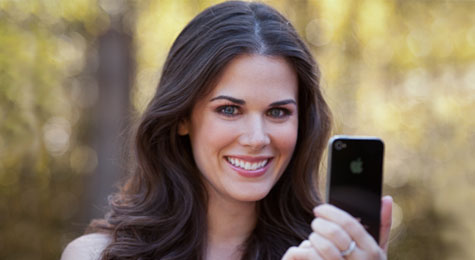 There’s no doubt the App Store has revolutionized how developers can hit the jackpot over night. With over 200 million iOS devices sold, and each user worth a reported $150 annually to Apple, there’s money to be made especially when 15 billion app downloads have been surpassed.

Tap Tap Tap’s awesome photography app Camera+ has a link to Vancouver’s own Lisa Bettany. She is one of the original partners recruited by tap tap tap’s co-founder, John Casasanta. Entrepreneur recently profiled Lisa, revealing how she got involved with the app and her road to success. Here’s a snippet:

As the app’s leading web evangelist, Bettany has earned roughly $400,000 so far thanks to the 20% revenue share she negotiated with the app’s developers. The former linguistics grad student who once struggled to pay the bills as a freelance journalist and photographer is now literally making money while she sleeps.

“I’m so used to being poor,” says Bettany, whose Mom was paying her rent until the royalty checks starting arriving last August. “Now my bank calls me up all the time and asks, ‘What’s all this money?'”

Camera+ has exceeded 3 million downloads, as is one of the most popular apps downloaded. Their former attempt to bypass Apple’s SDK guidelines to implement the volume button as a shutter resulted in their removal from the App Store. Surprisingly, this hack is now a feature in Apple’s upcoming iOS 5. Congrats to Lisa and the entire Camera+ team for their success. You can check out the entire article here.