For frequent WhatsApp users on the iPhone 6s and iPhone 6s Plus, more 3D Touch features have arrived. The messenger app today added Peek and Pop support for chats, so you can now use 3D Touch to quickly look into existing chats, as seen below (if you swipe up, you get options to Mark as Unread, Archive and Mute): 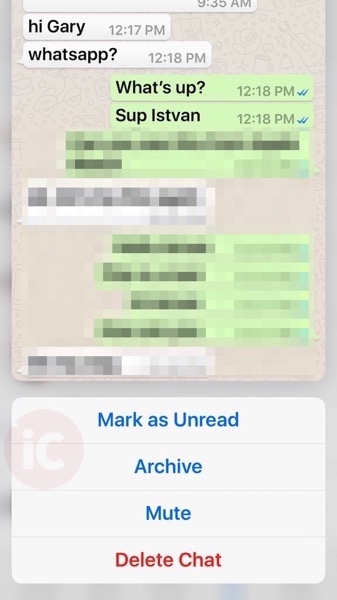 Also new in this update are rich previews when you share links (you have the option of disabling this too).

Last month, WhatsApp gained 3D Touch support for Peek and Pop for incoming media, contact cards and locations, along with home screen icon support (Search, New Chat). We wanted Peek and Pop for conversations and now our wish has been granted.