Apple has updated their WWDC iOS app ahead of this year’s conference, set to to kick off on June 13, 2016.

This update says it supports live streaming on iOS, and tvOS for the first time (which means support for Apple TV 4 users), while also adds support for iPad multitasking in iOS 9:

What’s New in Version 5.0
A tvOS version of this app is now available, so you can stream and download videos from WWDC 2016 and previous conferences on Apple TV. This update supports live streaming on iOS and tvOS. It also supports multitasking on iOS 9 on iPad. 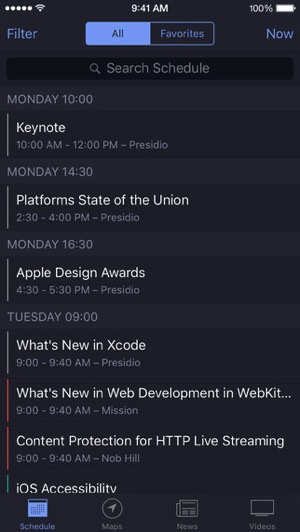 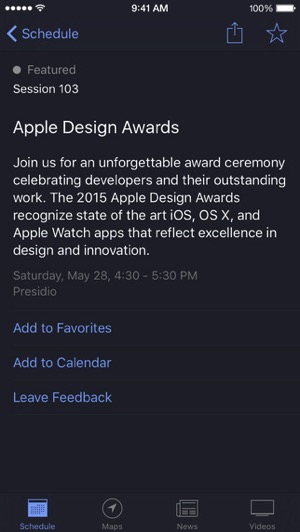 The app comes with a new dark theme, which is aligned with this year’s conference.

Last year, the app was updated to support Apple Watch, bringing conference information right to the wrists of attendees.