We are thrilled to announce that we have been acquired by Yahoo!. When we set out to build Astrid, we sought to help as many people as possible become happier, healthier and more productive. We’re really excited to join the mobile team and continue this work with Yahoo!’s goal of “making the world’s daily habits more inspiring and entertaining.”

The Astrid team says their service will continue to work as normal over the next 90 days for their 4 million users, but new premium subscriptions will not be available. Also, Yahoo! will be providing refunds to eligible users who paid for annual subscriptions, Power-Packs and Locale Plugins. 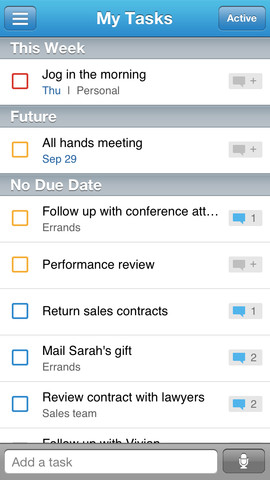 Yahoo! has been turned around its mobile efforts under CEO Marissa Mayer, a former Google executive. Recently it acquired summary service Summly, only to implement it into the Yahoo! iOS app. The company also launched a new weather app which has received raving reviews.

Congrats to the Astrid team, as our short time with the service was a positive one (we’re now back to Wunderlist).