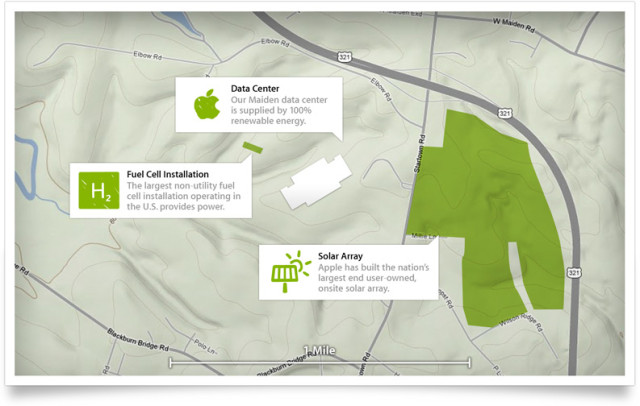 Four months after taking the role at Apple, environmental chief Lisa Jackson has opened up to the public to discuss Apple’s plans for using energy more efficiently.

When it comes to energy use Apple’s priority isn’t just clean power projects, which, fortunately for the company, did generate good publicity. As Jackson points out, energy efficiency is Apple’s main priority: how to use energy more efficiently by conserving or cutting wasteful use.

Jackson talked about the challenges of pushing and developing sustainability projects within Apple. One of them is the challenge of collecting solid data and being able to measure projects and their success rates. This includes Apple’s method to calculate the energy use and carbon footprint of its operation and products, the manufacturing of its devices and the supply chain and customers’ use of the products. Jackson pointed to the life cycle analysis that Steve Jobs publicized back in 2009 in an effort to change the company’s image, as an example of Apple’s attention to creating sustainability metrics and data, reports GigaOm.

Jackson joined the company after Apple had already started to channel money toward its data centers to lower its carbon footprint, after it had become a Greenpeace target.

Her expertise in politics and regulatory processes was crucial to Apple since the company needed to work with utilities and state agencies on this, and it has many other clean power generation projects forthcoming.

Jackson — part of a group who call themselves Apple Earth — currently leads a team of 17 people, with one of the team’s task being recruiting employees who are willing to help Apple’s sustainability projects.