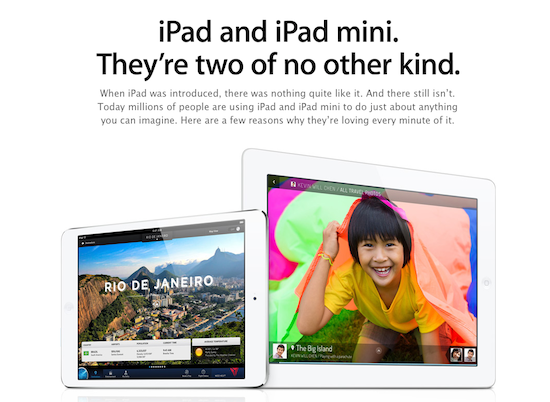 “When iPad was introduced, there was nothing quite like it. And there still isn’t”, states the newly created ‘Why you’ll love an iPad’ page on Apple’s official website.

The strategy is similar to what we’ve seen with the “Why iPhone” campaign: Alongside an updated iPad website, the new page highlights the outstanding features of the iPad with Retina Display and iPad mini. 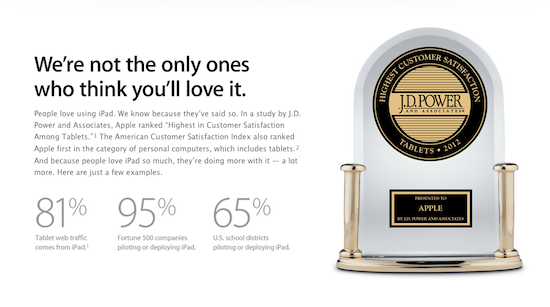 Like it did with the iPhone, Apple refers to J.D. Power and Associates to emphasize what users say and how they use their iPads. The company receives the highest numerical score in the Tablet Satisfaction Study conducted by J.D. Power in 2012, and also cites the American Customer Satisfaction Index from last year that ranks Apple No. 1 in the category of personal computers, which includes tablets.

What Apple does with this page is emphasize the advantages the iPad has ahead of its competitors: the 300,000 apps designed for the tablet, its design and performance, display, battery life, as well as the content available through iTunes and iCloud. 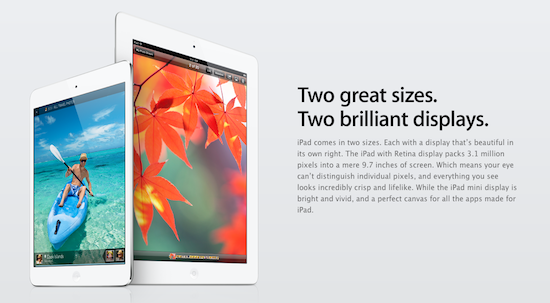 What do you think about this new campaign?