Apple has taken steps to enable multi-user access in iOS, and the latest patent is one of them: it describes a future version of the world’s most advanced mobile operating system that features a unique security method that grants different access levels based on gesture input (via AppleInsider).

The technology is described in US Patent No. 8,528,072 for a “Method, apparatus and system for access mode control of a device”.

Taking the current version of iOS, for instance, you need to type the passcode lock to gain access to all your apps and documents. The future version of iOS described in the patent would replace or improve the existing password protocol with a gesture-based access mode that would allow certain levels of access to the user. 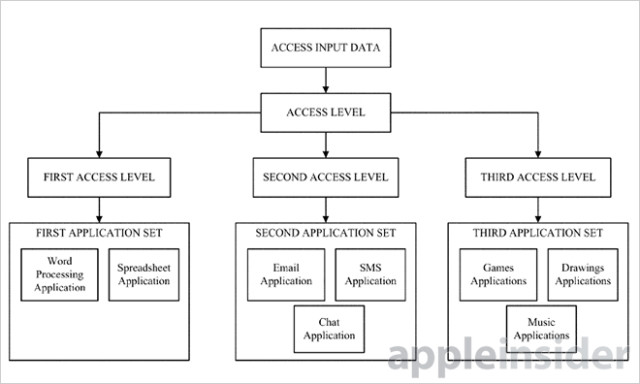 In terms of gestures, this means that any number of gestures could be applied to the system, and might include the drawing of shapes, patterns, or even letters.

Although Apple does have a certain level of application control, the above system would enable greater access management, which would be useful when lending the device to a child, for example, considering the growing number of in-app purchase issues.

Apple’s patent was first filed in 2010, and credits Jianxiong Jason Shi as its inventor.