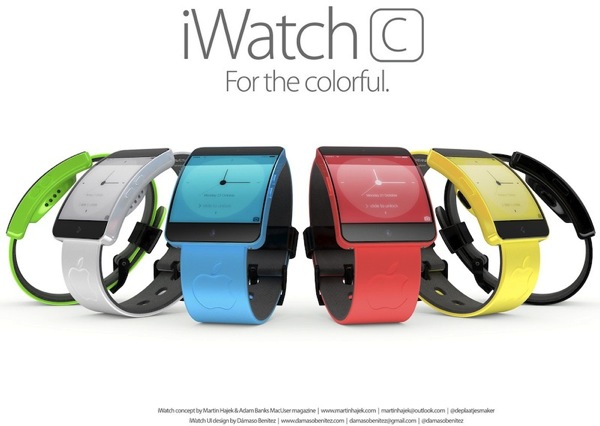 There has been much silence around Apple’s rumoured smartwatch lately – obviously because Apple has been busy this fall launching two new iPhone models and refreshing its iPad line and MacBooks Pros.

But since all these highly anticipated products have finally arrived, it’s time for the rumour mill to get to work. The latest iWatch rumour comes from David Hsieh, DisplaySearch’s Vice President of the greater China Market. Speaking at a conference in Taiwan, Hsieh says Apple is testing two models of its smartwatch.

Earlier reports claimed Apple had been testing different sizes of OLED displays, one of which was a 1.5-inch display. But Hsieh has heard that Apple is testing two prototypes, a 1.3-inch model and a 1.7-inch model, to offer different size choices, reports the Korea Herald (via Unwired View)

Apple’s wearable iWatch is expected to come with a 1.7-inch OLED display for men’s watches and a 1.3-inch OLED screen for women, David Hsieh, DisplaySearch’s Vice President of the Greater China Market, said at a conference today in Taiwan, citing Apple sources.

Apple has not officially announced the launch, but the iWatch ? Apple’s first wearable device ? is expected to be rolled out as early as the end of this year, given CEO Tim Cook’s latest remarks confirming new product categories.

It is yet to be confirmed whether the displays will be flexible but sources said it was a possibility, since Apple will want to upstage Samsung’s Galaxy Gear.

Speaking with his Apple sources, Paul Gagnon of North American TV research at DisplaySearch said that Apple’s iTV plans have been put on hold – at least for now – as the company is focusing on wearable computing devices.

This could make sense, but since we are talking only about a rumour, it has to be taken with a pinch of salt.