Red Bull TV isn’t a new experience for iOS users, as it already has an iOS app available in the App Store. A good thing: it doesn’t have ads, except the ever-present Red Bull branding, but it provides a curated playlist, on-demand HD programming and plans for a wide variety of content for 2014. 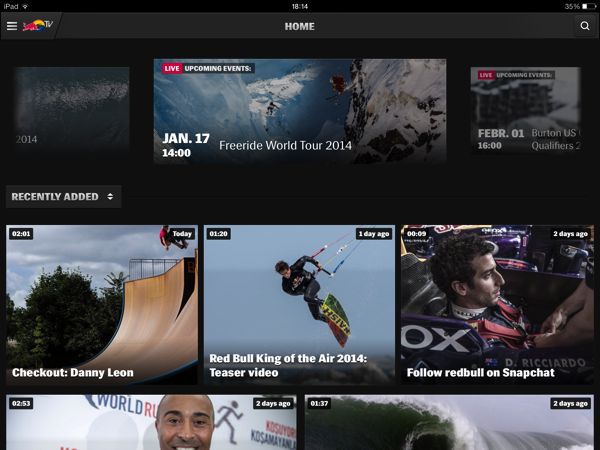 In 2014, live programming on Red Bull TV will expand to include coverage of third-party events on the World Snowboard Tour, including the Burton European and U.S. Open. The lineup also will include Red Bull-produced events such as Red Bull Rampage, featuring free-ride mountain bikers racing on a near-vertical sandstone ridge near Virgin, Utah.

Apple’s set-top-box is slowly but steadily gaining more and more content, but there is still no news about a possible product refresh.

Apple is in some hot water once more as a federal lawsuit regarding its AirTags has been issued in San Fransisco court. Two women filed to sue the company, with one alleging that an AirTag was used by an ex-boyfriend to stalk them. The lawsuit was filed this week and largely criticizes Apple's safety protocols...
Steve Vegvari
2 hours ago