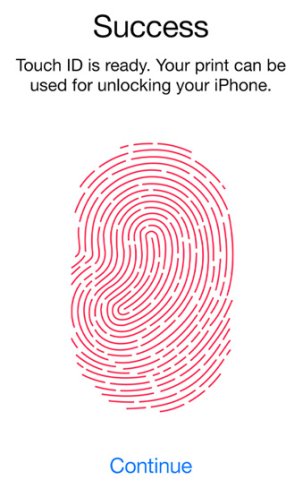 Apple’s Touch ID uses a 2D fingerprint scanner, and because it has reached the store shelves, we had the chance to find out how secure it is. But, going beyond security — security issues have been around since the existence of fingerprint scanners — Chipworks was curious as to whether Touch ID can be categorized as biometric, so it has looked into the world of biometric and fingerprint patents.

To put that into context, we need the definition of biometric, which according to Wiki, “refers to the identification of humans by their characteristics or traits.”

Considering the processing includes sensor input from fingerprint scanners as well, Apple’s Touch ID indeed falls into the biometric category because the image of the fingerprint placed on the Touch ID is compared to stored templates. 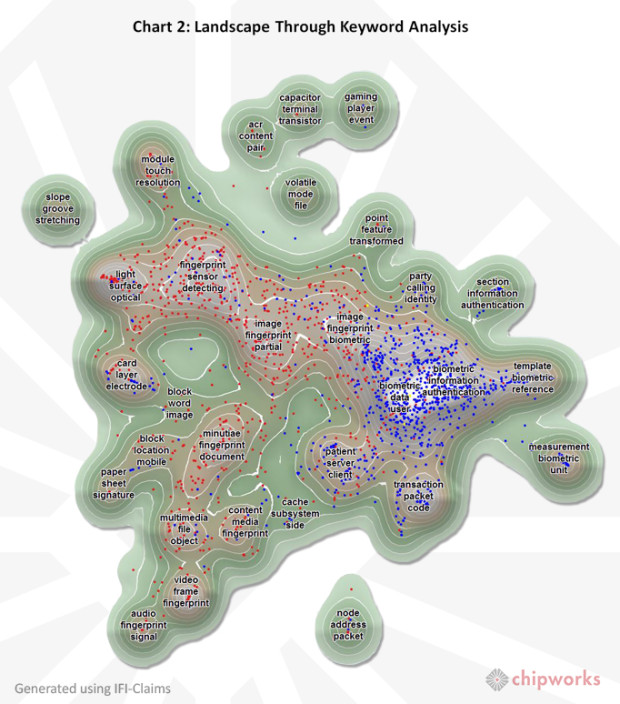 However, taking a closer look at the landscapes through keyword analysis illustrated something quite different. Here we see the landscapes beginning to blend, with biometric (blue) and fingerprint (red) overlapping in some areas, such as processing. Fingerprint patents appear to be more about sensors and partial scans. Fingerprint inventions were earlier, it’s a mature and deployed technology. Biometric innovation is also rich, but is predominantly about authentication. Biometric deployments have been modest, limited to government and emerging areas like face and voice recognition.

Chipworks’ research is interesting because it sheds light on Apple’s possible future product plans: the company owns 136 patents related to recognizing or authenticating human traits such as eyes, voice, fingers, handwriting, and heart.

In the end, Touch ID is a biometric authentication of a fingerprint image, and it is just the beginning of future product lines that will be able to process multiple types of human traits and behaviours.