Why the iWatch Won’t Be Able to Measure Glucose Levels

The fact that Apple has hired a great team of biometrical sensor technology experts does not mean that the first-generation iWatch will be a wearable computing device that can sense, measure, and know all. Yeah, the hires and Apple’s reputation for great products do suggest that we should have high expectations for the forthcoming iWatch, but we shouldn’t confuse Apple with Samsung: The Cupertino company always focuses on products that do a handful of things outstandingly well.

The rumour mill has been busy spilling information about the iWatch’s forthcoming features, fuelled by Apple’s recent hires, which hint at a wearable computing device packed with sensors. But Network World’s Yoni Heisler has poured some cold water on the expectations, pointing to the current state of some of the suggested sensors — in our case, the one that would be able to measure glucose levels. And let’s skip the rumour claiming that the iWatch could include a sensor capable of predicting heart attacks.

9to5Mac reported that the iWatch would be able to monitor glucose levels, but — it turns out — the technology behind non-invasive glucose monitoring simply isn’t prepared to go mainstream, as it still needs a breakthrough.

Yes, the camera sensor had to be shrouded in darkness to function. You have to understand that Raman Spectroscopy is looking for a very faint signal emitted by the glucose molecules. A rough analogy: try to pick out someone’s voice in a noisy room. The sunlight was this kind of noise that the camera sensor was not calibrated against. They did try to implement algorithms to discount measurements against sunlight anomalies, but some of the anomaly criteria these algorithms were supposed to detect, overlapped. This made things hard to verify and test on the device.

It is known that Apple has hired experts from C8 Medisensors, a company which worked on a CGM (continuous glucose monitoring) device called the HG1-c. And the current state of the HG1-c shows that we should wake up to reality: The technology has to bypass several major issues such as size, sunlight, physical activity, and battery life. 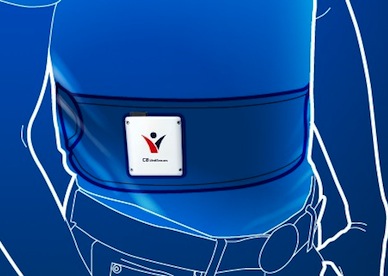 And in case Apple does have the answer for such a sensor, developing it would take more than several months, not to mention the 18-month process for FDA approval. The latter, by the way, is said to something that Apple is trying to avoid.

So if we’re to believe that an iWatch capable of non-invasive CGM is on the horizon, we’re forced to make a number of lofty assumptions about Apple’s ability to miniaturize the technology, vastly improve its battery life, and address all of the other aforementioned issues that make the device ill-suited as a mass market consumer product. Also keep in mind that the HG1-c was only tested on and intended for individuals over 18 and non-pregnant women.

This is only one of the many reasons Yoni mentions backing up his claim that the iWatch won’t measure glucose levels. The full story worth reading.