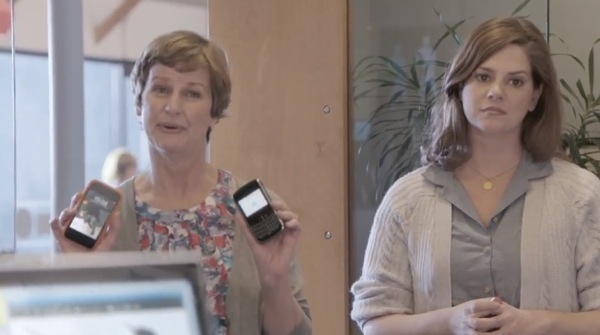 Samsung has released another TV ad to target the iPhone and BlackBerry. The 30 second clip details a scene in an office where one worker is talking about reducing “redundancies” in the office, yet is called out when she is carrying both an iPhone and BlackBerry. The reason for using two phones is because no company has been able to make a phone that can both take a picture and email really well, claims the office worker. Then, it pans to the Galaxy Note II. Umm…since when was the iPhone not able to take pictures well and do email?

These commercials are pretty funny you have to admit, but in the end Samsung remains seen by many as a “fast follower” instead of innovator. Apple’s TV ads continue to focus on apps and what iOS devices can do to make life better and easier.

Samsung spent almost $4 billion dollars in 2012 on marketing, more than Coca Cola and it appears to have paid off. In a recent Brand Finance study, the South Korea company was closely ranked behind Apple worldwide in terms of brand power. Once amicable business partners, both companies have since become bitter rivals and “frenemies”. Last year, Samsung’s ad mocking Apple users was the most viral tech ad of 2012.