Apple’s recently introduced Touch ID feature is just the start of a long journey. Usually, patent applications share some of the features we can expect as future enhancements, and we already have pointed to one that shared the technical details of the implementation of the fingerprint sensor placed below the Home button of the iPhone 5s. That patent application already suggested that the company won’t stop here, but it has other plans for the implemented technology. And so it was.

The most recently discovered Touch ID-related patent application spotted by Unwired View (via MacRumors), which surfaced last week after being published in the World Intellectual Property Organization’s database, gives a sneak peak into Apple’s future plans in regards to the fingerprint sensor technology.

As the application shows, Apple is considering a wide range of new uses for the fingerprint-sensing technology in its iDevices, and that ranges from interface navigation through mobile payment up to multi-user support.

Apple plans to enhance Touch ID by adding trackpad-like features: The sensor would be able to identify and process gestures, helping the user through navigation and switching between applications. In one embodiment, Apple shows a user navigating a map using the Home button. But that’s not all, as other gesture-based functions are also detailed in the application, such as orientation lock by making a circle around the sensor’s edge etc. 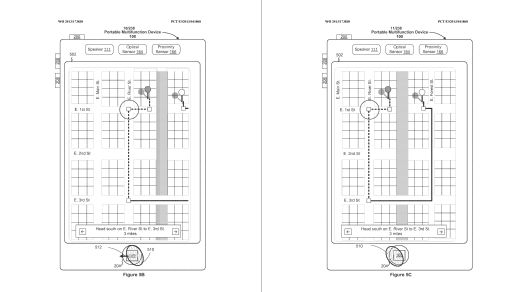 The fingerprint recognition technology opens the door to another important improvement of iOS, and that is enabling multi-user functionalities. This means multiple individual user profiles and unlocking to the profile associated with a specific fingerprint, which could be very useful, especially for iPad users. 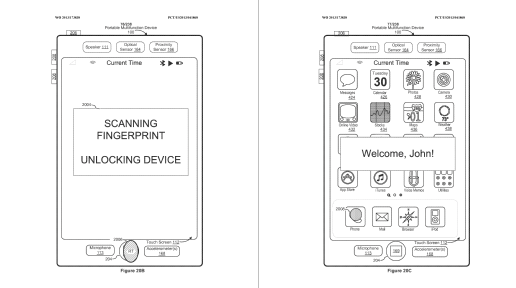 And here comes the magic of fingerprint recognition: For instance, a child would not be able to open the settings application when tapping on the icon, but the parent’s tap would be accepted. And the patent goes on to describe app security on a broader level.

The application was filed earlier this year on March 20.