The name Lodsys became known to developers — especially to those using in-app purchases — in 2011, when the patent troll went after them demanding more than one-half percent of their revenue. 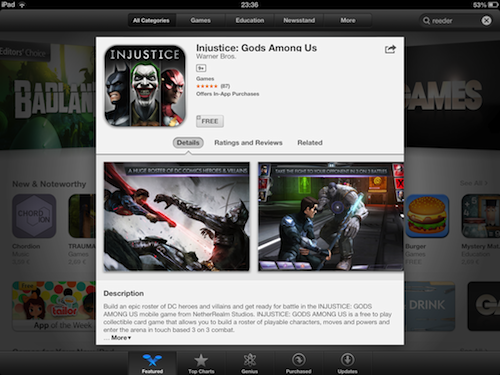 Apple intervened in the legal discussion, but — turns out — its claims that the company has already licensed the Lodsys patent are taking too much time to get consideration in the East Texas court where the patent infringement lawsuits have been filed.

And the worst thing of all, it didn’t stop Lodsys going after fresh targets, which, as Ars Technica reports, is exactly what the patent troll has been doing lately.

The main issue here seems to be that the majority of Lodsys’ cases have been consolidated into one, and the judge has opted for the lawsuit to go through the discovery process so Apple’s arguments aren’t likely to be considered before October 2013 when the trial is scheduled.

The trial date benefits Lodsys, which is cashing checks and last week filed patent infringement lawsuits against the Paris-based Gameloft, Korean Gamevil, and The Walt Disney Company, adding the aforementioned three targets to the dozens of already targeted companies.

Seeing the rising number of lawsuits, EFF has reacted with a blog post entitled “Lodsys is back. It’s time to beat this troll,” and even offers help to developers looking for lawyers.

And as you can see, Apple and Google can say anything; they can’t stop Lodsys from going after small developers who struggle to make a living through the App Store.