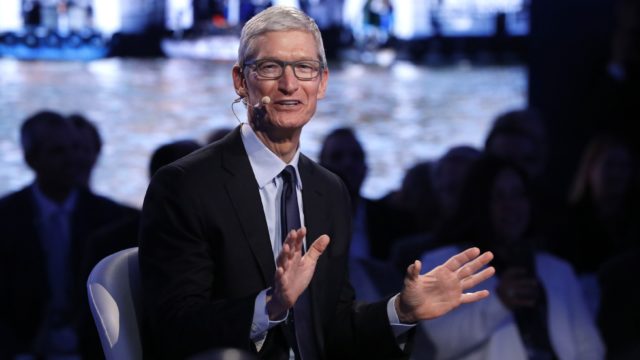 Apple CEO Tim Cook is preparing to organize a company-wide virtual meeting in the coming weeks. The meeting is being held so employees of the company can have the opportunity to speak to Cook in a more direct fashion.

In a report from Bloomberg, Apple has sent a memo regarding the virtual meeting to its employees. The memo, which was sent out on Wednesday, encouraged employees to submit questions for Cook by Saturday, April 11th. Employees were also informed to share their experiences working from home and the disruptions met through the COVID-19 outbreak. Bloomberg noted that no date has been announced for when the virtual meeting will take place.

In the month of April, Apple had quickly reacted to the situation brought on by coronavirus and adapted its business efforts. With a large workforce keeping operations in check from home, Apple has successfully launched a number of products in March. With a new inexpensive iPhone expected this spring and a launch lineup for the iPhone 12 this fall, Apple continues to have its foot on the gas.

Throughout this entire experience, Apple has been looking for opportunities to support its staff. When informing retail workers that the temporary Apple Store closures would be extended, the company offered parents “flexible work arrangements”. Apple Senior Vice President of Retail and People Deirdre O’Brien also encouraged staff to maintain a good line of communication with their managers if additional support was needed.