Web Services Are Next Big Battleground for Apple, Analyst Says

Apple is at its best doing hardware and software together, as the success of its products show, but the company fails when it comes to Web services, as MobileMe, Ping and Maps shows. 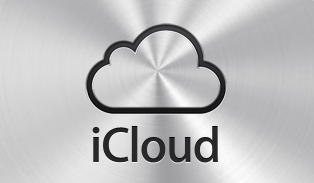 We don’t want to interpret Apple’s work as worthless, since Game Center, iTunes Match, and iCloud can be labeled as “work in progress”, according to John Paczkowski of AllThingsD. These services talk about Apple’s “troubling deficiency”, which the company just can’t seem to overcome.

The battle against Google (Android and Maps) and Samsung forced Apple to part ways with the Internet giant and release the heavily criticized Maps, shaking both investor confidence — Apple’s stock fell to $524 from $702, slicing $30 billion off the company’s market capitalization — and confusing its iOS customers.

As the Barclays analyst Ben Reitzes points out (cited by Paczkowski), the “maps debacle showed investors how valuable Google technology was, how hard it was to replicate, and how Apple may struggle as the world moves beyond iTunes toward cloud-based services”, but he forgets to mention that, as a result, Google Maps become better than ever.

As a closing thought: the whole map debacle showcased how great Web services are essential alongside great hardware.

We all want services that “just work”, just like Apple promised, and this is what Apple’s next big battleground will be.

“We believe Apple can turn the tide with a real move into payments, an integrated iOS-led television service and improvements to iCloud (including subscription-based services). These types of services could re-convince investors that Apple’s ecosystem carries a high switching cost and reinforce the value of an “iOS subscriber.” We believe there is a perception that Amazon and Google are better in web services than Apple – and in order to command more investment dollars – Apple needs to take its innovation in this direction.”