During the final minutes of Game 5 of the NBA Finals, some Toronto Raptors fans saw their hearts skip a beat after their Bell TV coverage went down for the count, during the crucial moments of the fourth quarter.

Bell told iPhone in Canada the day after “several thousand customers” lost service for about 10 minutes and all customers would be getting goodwill credits soon.

Now, it appears Bell has indeed issued bill credits, with iPhone in Canada reader Daniel informing us he received a $10 credit to his account.

An email from Bell sent out today reads: “Customers using the Fibe TV app, including Mobile TV, Satellite TV and Alt TV customers, lost service for approximately 10 minutes on Monday night due to a hardware malfunction. The outage impacted all channels on the app, including the last moments of the Toronto Raptors game.”

The last line read, “We sincerely apologize for the inconvenience and will be automatically applying a $10 credit to your account.” 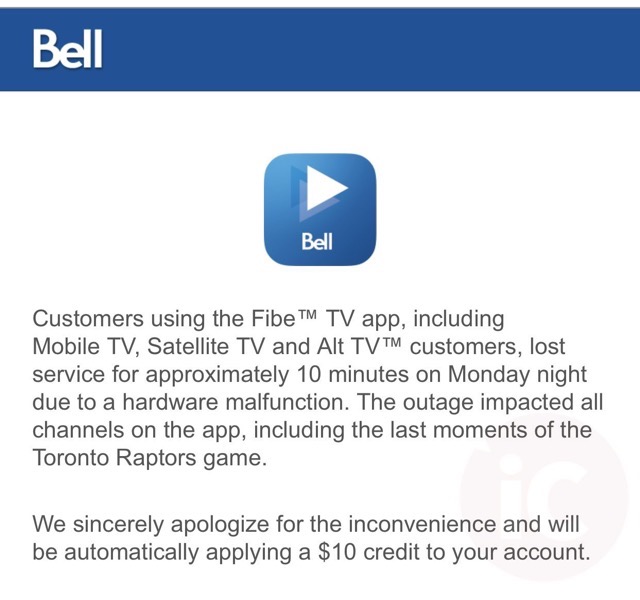 Game 6 of the Raptors versus Warriors takes place tonight at 6pm PDT/9pm EDT. You can click here to find out how to stream the game in Canada.

Did you receive a goodwill credit from Bell?