Bell iPhone 5c Pre-Orders Have Been ‘Cancelled for the Moment’

@elgordo99 Hi Gord, preorders have been cancelled for the moment. We'll be sure to let the community know if anything changes. Thanks! ^AV

Both websites on Bell and Virgin Mobile do not list options for pre-orders or indicate they are available to customers. We’ve reached out to Bell for comment and will update this post. 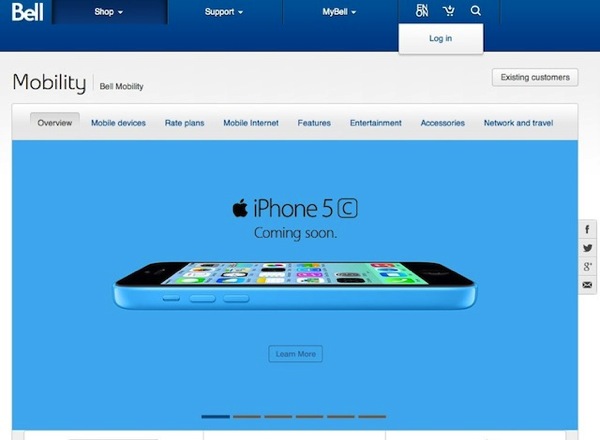 iPhone 5c two year contract pricing starts at $129 for the 16GB model and $229 for the 32GB model in Canada. Anyone able to make pre-orders for the iPhone 5c from Bell?