Yesterday we learned Bell was seeking the assistance of its employees to submit filings to the CRTC to support FairPlay Canada, the company’s coalition of companies which wants to setup a website blocking plan, to fight piracy in the country, as it apparently affects hundreds of thousands of jobs.

Despite impressions to the contrary in the #Fairplay submissions calling on the #CRTC to create & oversee a website blocking scheme to curb privacy, film theatre $ doing reasonably well: $1.2B in 2005, $1.56B in 2010 & $1.76B last year. pic.twitter.com/kCbsHMNSq2 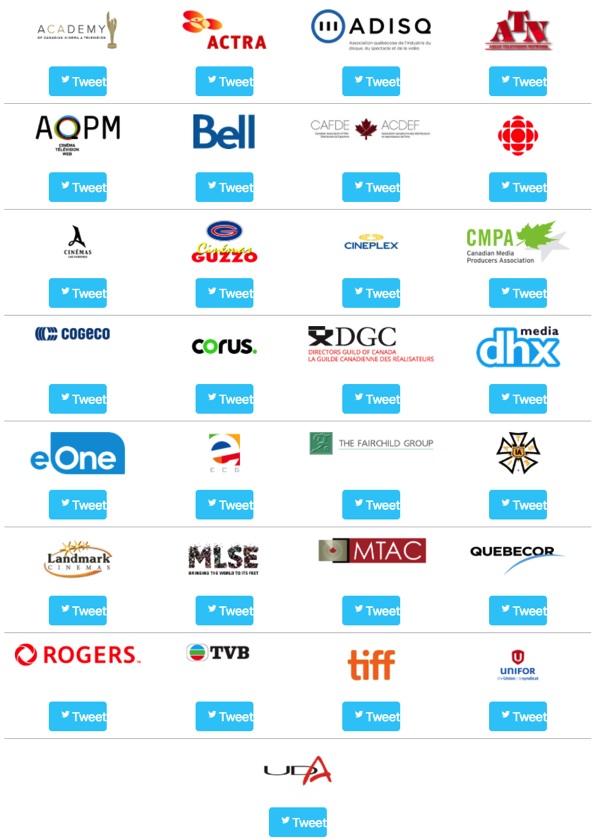 If you want to make your voice heard, non-profit OpenMedia has created a website called Unfairplay.ca (nice name btw), which lets consumers voice their displeasure over this website blocking plan directly to companies and the CRTC. Below are the companies involved with the FairPlay Canada coalition, which includes the likes of Bell, Rogers, Quebecor, CBC, Corus and more:

There are pre-written tweets to all 29 companies involved on Unfairplay.ca—all you have to do is click the ‘tweet’ button below each company. Below is an example of the pre-written text that will tweet, which you can modify as well:

OpenMedia also encourages Canadians to file a comment opposing Internet censorship with the CRTC, through this easy pre-populated template, by clicking here, which is much easier than trying to navigate the Commission’s horrible website.

Why should you fight against website blocking? Many argue it goes against net neutrality, while others such as University of Ottawa law professor, Michael Geist, say it can also result in over-blocking of legitimate websites, as seen in other countries which have implemented similar schemes.