Fido has revealed their two year contract iPhone 5c and iPhone 5s pricing and it’s similar to Rogers but $0.01 more. The prices noted in an internal memo also reveal Max Plans are also required to get the fully subsidized price:

The memo also says “existing customers will also be able to upgrade to the following new iPhone devices at launch”:

This is where there might be confusion as the memo reads “Note that the 5s is not eligible for subsidy on new activations.” This leads us to believe Fido might be allowing existing customers to upgrade first to the iPhone 5s due to limited global supply, while new customers will have to pay full unsubsidized pricing.

As you can see below, Fido Max Plans include Canada-wide calling and extras, but only have 500MB and 1GB data plans for $75 and $85 per month. 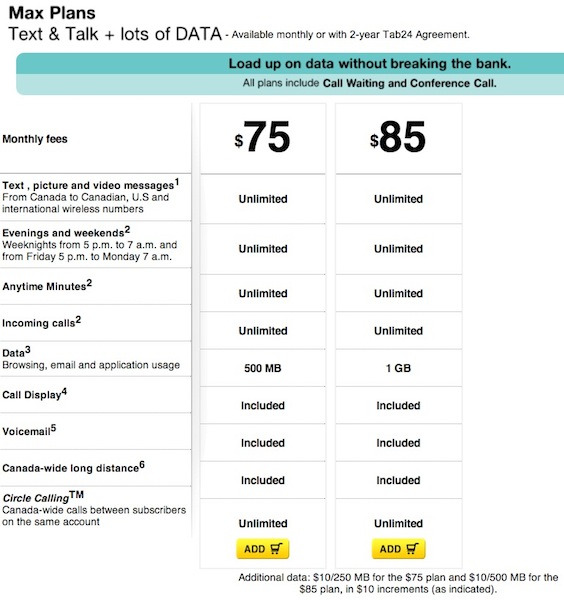 The memo also notes customers will be called for device pick up on September 19 and units cannot be released until the September 20 iPhone 5c and iPhone 5s launch date.