Back in June, Rogers launched new online bill and paper bill formats made easier to read for customers, and now it’s Fido’s turn to do the same. The company says they want your bills to be very clear and have no surprises. 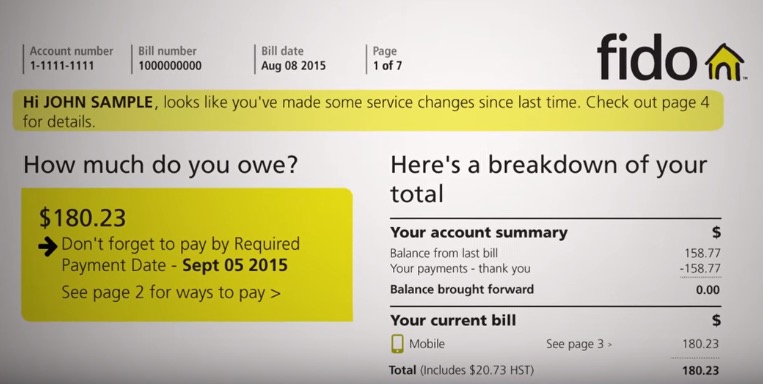 The company has posted new videos below explaining their easier to read online bill and paper bill formats—check them out below:

Back in April, Rogers admitted it would be overhauling the billing process, so customers and service agents would see the same thing, to end frustrating and long support calls for customers. During this month, the Fido My Account iPhone app finally received an update after being dormant for nearly four years.

Let us know how you’re liking this new bill format.