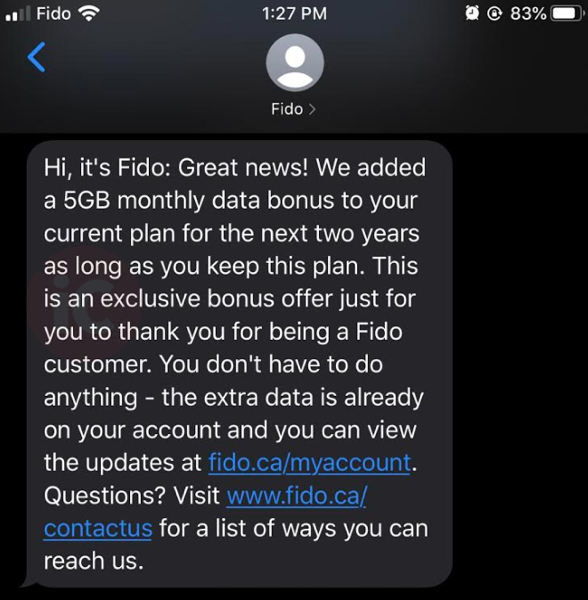 Earlier this month, Rogers-owned Fido sent out text messages to select customers, offering them 5GB of free data per month, as long as they don’t switch their plans for 24 months.

Today, it appears Fido is sending out these 5GB data bonus perks, yet again. An iPhone in Canada reader in Alberta let us know Fido sent the 5GB free data offer via text message today.

Fido says users don’t need to do anything—the extra 5GB data is “already on your account” and viewable online via My Account.

Why the extra data? It’s a good way to keep customers paying their plans and prevent them from switching over to the competition, ahead of Black Friday next week and also Boxing Day deals next month.

Did you get any free data text messages from Fido this week?