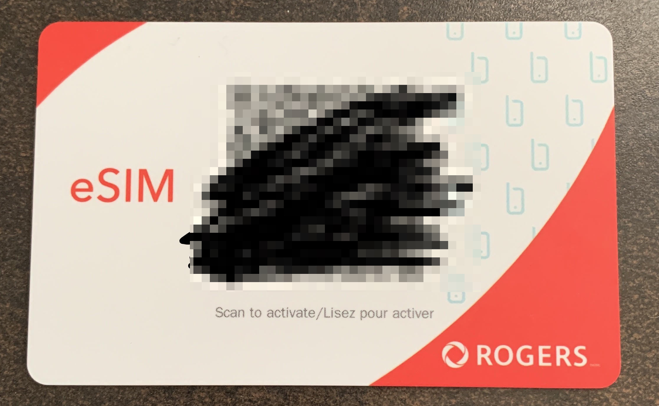 Back in March, Rogers launched eSIM support for iPhone XR, iPhone XS and iPhone XS Max for business customers only.

With eSIM, customers can activate a second line through a digital SIM built into the latest iPhones, on top of the existing line on the physical SIM card. This allows for one iPhone to be used with two lines, making it possible for work and personal use.

In April, Rogers and Fido expanded eSIM to BYOD customers, allowing them to activate in-store, but still the feature was not allowed for customers on a contract plan.

That has changed, as earlier today, a Fido moderator said online, “Good news, we now offer eSIMs for clients on an agreement at select stores.”

iPhone in Canada reader @nostrand27 confirmed he was able to activate eSIM on Rogers with his iPhone XS on contract (his account has 3 lines), switching his line from physical SIM to the eSIM. The procedure needs to be done in-store.

Let us know if you’re going to switch your Rogers or Fido contract plan to eSIM and how the in-store experience goes. Click here to see a list of Rogers and Fido stores that can activate eSIM.

MPs on the House of Commons' industry and technology committee on Wednesday expressed concerns about the impact of Rogers’ proposed $26 billion takeover of Shaw Communications on jobs, competition, and affordability in Canada's telecommunications sector (via The Globe and Mail). During another hearing on the long-embattled merger just a week before its January 31 deadline,...
Nehal Malik
16 hours ago