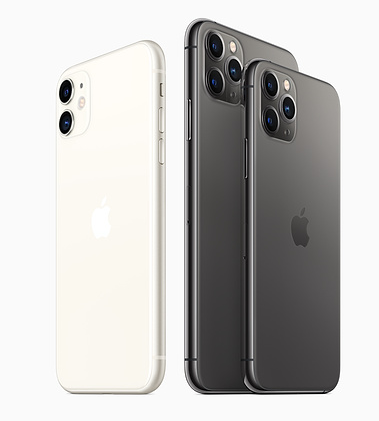 Rogers has announced customers can get Apple’s newest iPhone 11, iPhone 11 Pro and iPhone 11 Pro Max for as low as $0 down at launch, thanks to recent changes to their Edge Financing program.

“For the first time ever on a national network, customers will be able to get the latest iPhone at launch for just $0 down and now pay no taxes upfront,” explained Rogers in a press release.

“We know that many customers want the latest iPhones at launch at an affordable price, and historically customers have had to wait several months before they could get the latest iPhone for $0 upfront”, said Brent Johnston, President, Wireless, Rogers Communications, in an issued statement to iPhone in Canada. “We’re thrilled to be able to offer customers more choice and affordability at the launch of iconic devices.”

Yesterday, Rogers announced its Edge Financing terms now include taxes on devices, so customers can get the latest smartphones—such as iPhone 11 or iPhone 11 Pro for $0 upfront and 0% interest over 24 months. Edge Financing requires customers to choose an Infinite plan, which starts at $75 per month with 10GB of data and no overages. Data beyond allocated buckets are throttled at speeds of 512 Kbps.

Rogers says they will also offer Apple Watch Series 5 for pre-order “soon” as well. As for term and subsidy plan pricing, the company stated they will be revealed when pre-orders open on Friday, September 13 at 5AM PDT/8AM EDT.

Update Sept. 13, 4:55am PDT: The Rogers Reservation system is live for iPhone 11 and iPhone 11 Pro already.