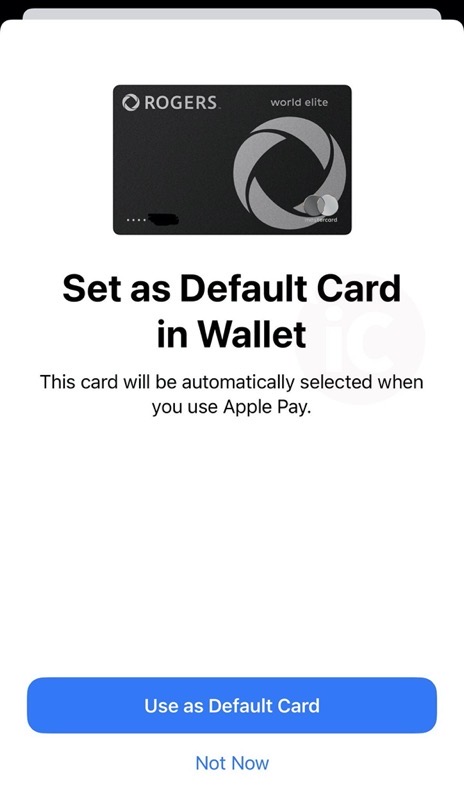 Back in June, Rogers told customers it was ready to launch Apple Pay support for its Rogers Bank Mastercards. As of today, the ability to use Apple Pay with your Rogers Mastercard is now live for Apple devices such as the iPhone and Apple Watch.

Numerous iPhone in Canada readers let us know they were able to add their Rogers Mastercards to Apple Pay, now allowing for contactless payments at various terminals across the country, and for in-app purchases.

Apple has also updated its support document to indicate Rogers Bank as one of the financial institutions in Canada that support Apple Pay. It’s also worth noting Android mobile wallets such as Google Pay and Samsung Pay are also now supported as well.

Apple launched Apple Pay in Canada back in November 2015 and fast forward nearly five years later, Rogers Mastercards now support the mobile wallet. Maybe all it took was a pandemic?

Thanks Colin and Gordon!