Koodo iPhone SE Prices: Starts at $100 for 16GB on Contract

Prices for the iPhone SE start at $100 for the 16GB version and $230 for the 64GB, in line with what we’re seeing from Rogers/Fido (as expected). Both models are only available in Space Grey and Rose Gold: 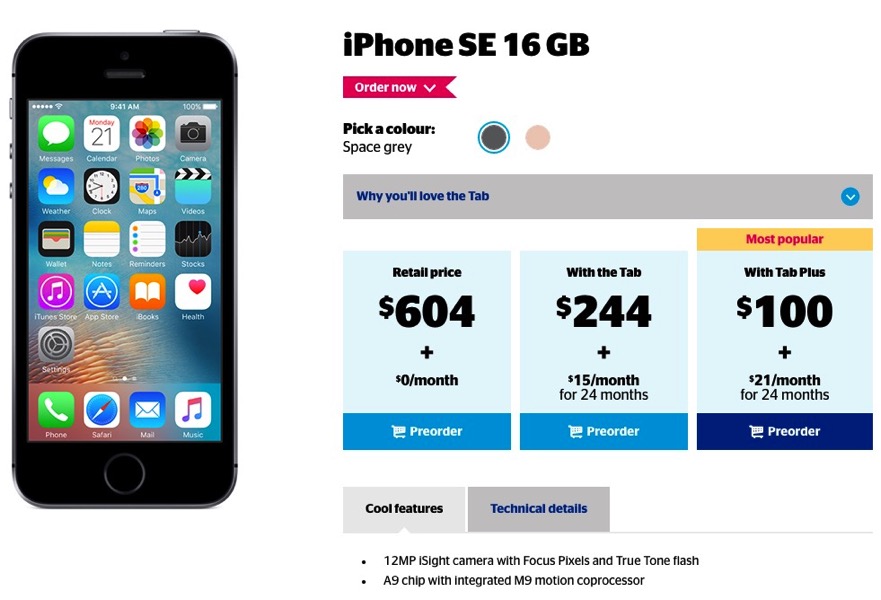 TELUS has not listed iPhone SE prices on their website yet, but expect it soon to be around the same starting price on contract, and Bell too.

Bell customers can get their hands on the powerful iPhone SE beginning 3/31. Visit https://t.co/6Pq7adni7K for more details.