With Rogers and Bell announcing their two-year term iPhone 6s and iPhone 6s Plus pricing this morning, TELUS has now released their pricing as well, as detailed by a company representative via email.

Here’s what it’ll cost to get an iPhone 6s on contract with a TELUS Your Choice Plan: 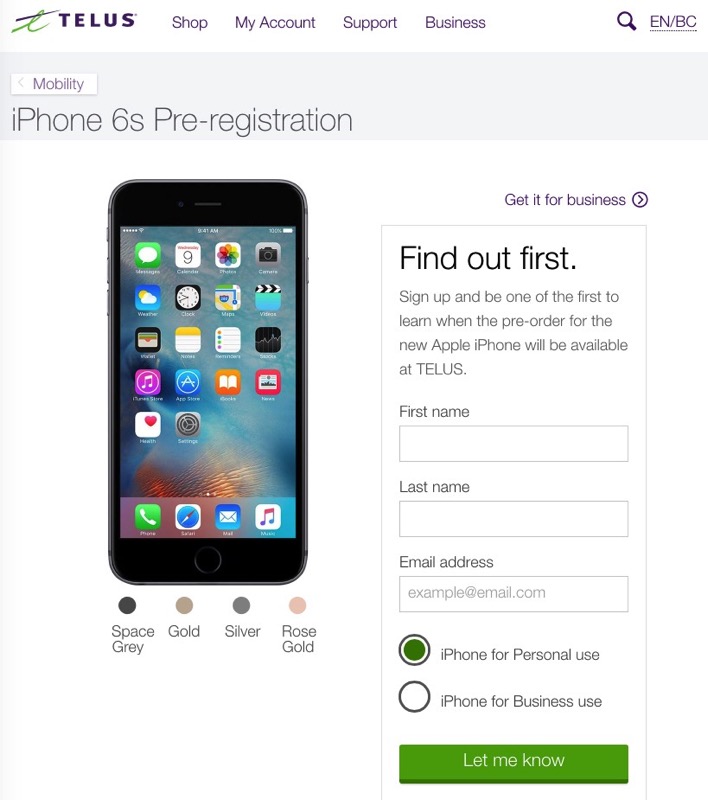 As you can see, TELUS has rounded their contract (and outright pricing) up by a buck to make it easy, but it’s also a hair more ‘expensive’ (just a buck) than the entry $398.99 and $528.99 pricing charged by Rogers and Bell for the iPhone 6s and iPhone 6s Plus.

TELUS says their online pre-orders will start tonight at 12:01AM PDT/3:01AM EDT, with the phones hitting stores on September 25, the device’s worldwide launch. Currently, the company has a pre-register page available to notify customers when pre-orders will begin.

Apple’s own iPhone 6s online pre-orders kick off tonight at 12:01AM PDT/3:01AM EDT. Get your alarm clocks ready (so you know when to leave da club early).