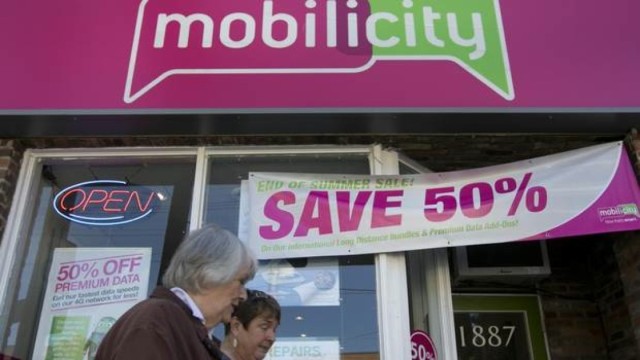 Telus has officially withdrawn its $350 million Mobilicity takeover bid, a move that comes several weeks after the federal government warned that it would take retaliatory measures if Telus did not abandon its bid for Mobilicity, The Globe And Mail is reporting. Ottawa has reiterated its position time and again that no spectrum transfers will be approved to the Big 3 which would allow ‘undue concentration’.

A source said the Vancouver-based telecom firm sent word of its decision Mobicility on Tuesday, informing them it was withdrawing its offer because conditions of the deal had not been met.

Telus is now “no longer in the mix” to obtain Mobilicity, the source said.

The report does not clearly say which conditions had not been met, however it does note that one of them was that Ottawa did not approve the transfer of spectrum between Mobilicity and Telus, a transaction the government has consistently opposed. The government had threatened that if Telus persisted in Mobilicity up in legal battles, Ottawa would redesign an April, 2015, auction of 2,500 Mhz frequencies to effectively bar the Vancouver company from acquiring any of this spectrum.

Telus tried to unsuccessfully buy Mobilicity last May offering $380 million, while a second offer was rejected by Ottawa back in October.