If you’re a WIND Mobile user with an unlocked iPhone (or any WIND compatible phone) that travels to the U.S. frequently, the following spring promo plan just might be for you.

The WIND 39 plan is set to debut on Monday, April 14 until May 31 (or until they decide to end this promo). Here’s what you’ll get: 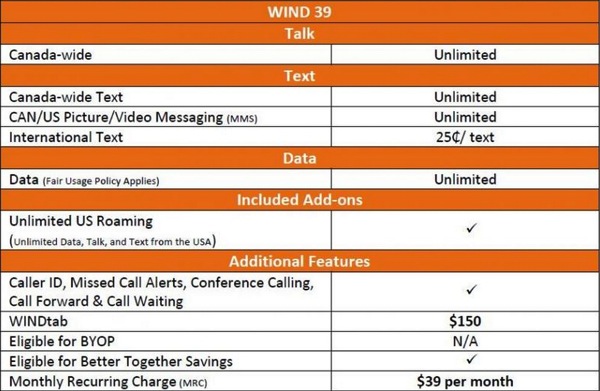 Unfortunately the plan does not include voicemail.

Existing customers downgrading to this plan will have to call customer care, then pay a one-time process fee of $25 and one month of the promo plan fees at the time of the switch request.

Just last week WIND announced they had hit 700,000 users and also introduced new unlimited talk, text and data plans ranging from $25-60. If this new spring promo plan is their way to sign up more customers, it just might work.

You can check out further discussion of this plan over at RedFlagDeals here. Let us know if you’re going to jump on this.

Update: The $39 plan has gone live on WIND’s website. We’ve clarified the confusion regarding unlimited texting while down in the USA, now that the official details have been released. 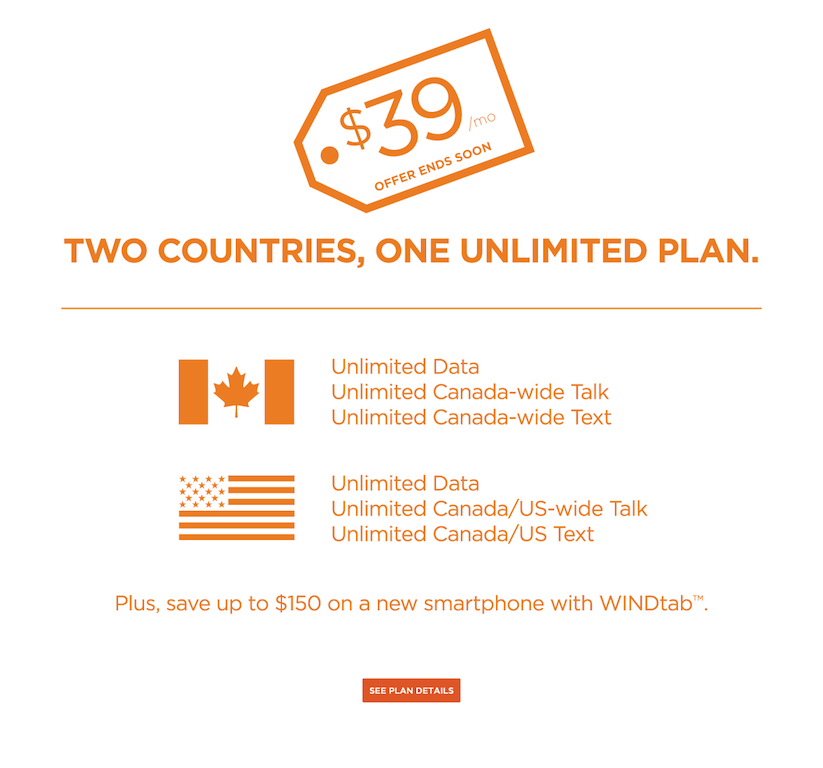 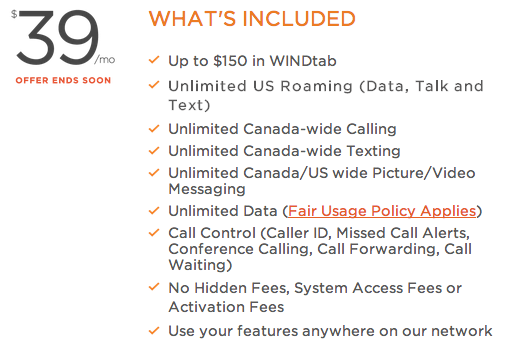