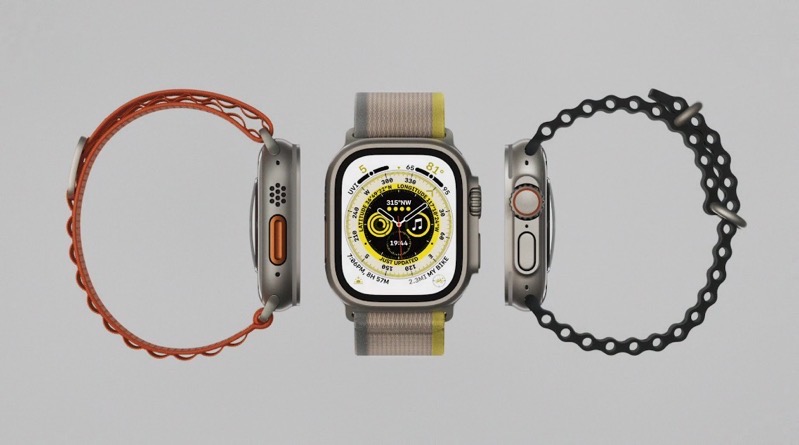 Apple has announced Apple Watch Ultra, its newest watch for adventure seekers. It has a sapphire front crystal and has a titanium body. There’s a new action button in orange that’s customizable, while the Digital Crown is now larger in diameter. The side button stands out to let people press it while wearing gloves. There’s […]
Gary Ng
4 weeks ago 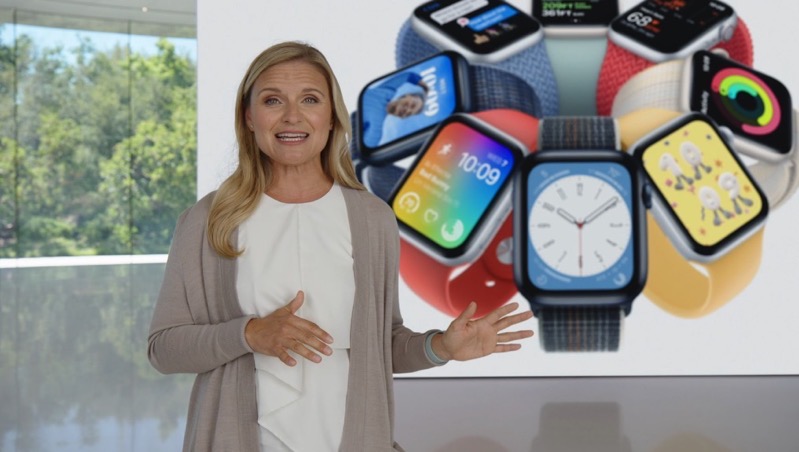 Apple has unveiled Apple Watch Series 8 with a new faster SiP 8 chip, making it 20% faster than before and new Color-matched back cases. Apple Watch SE (2nd gen) now is priced from $249 USD for GPS models and $299 USD for cellular models. It can be ordered today and launches on September 16, […]
Gary Ng
4 weeks ago 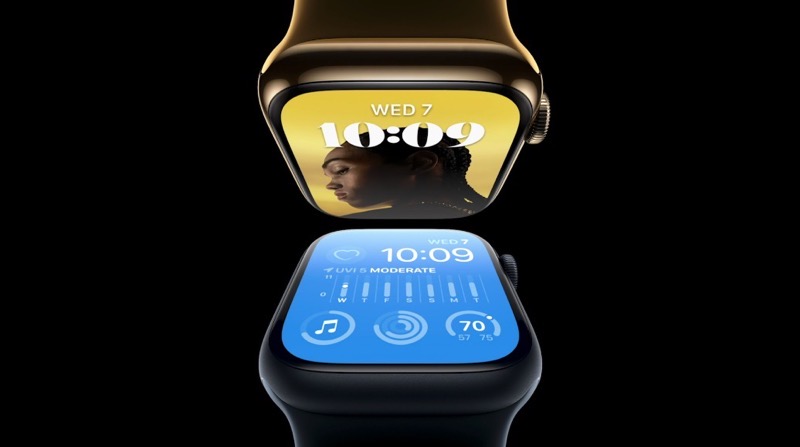 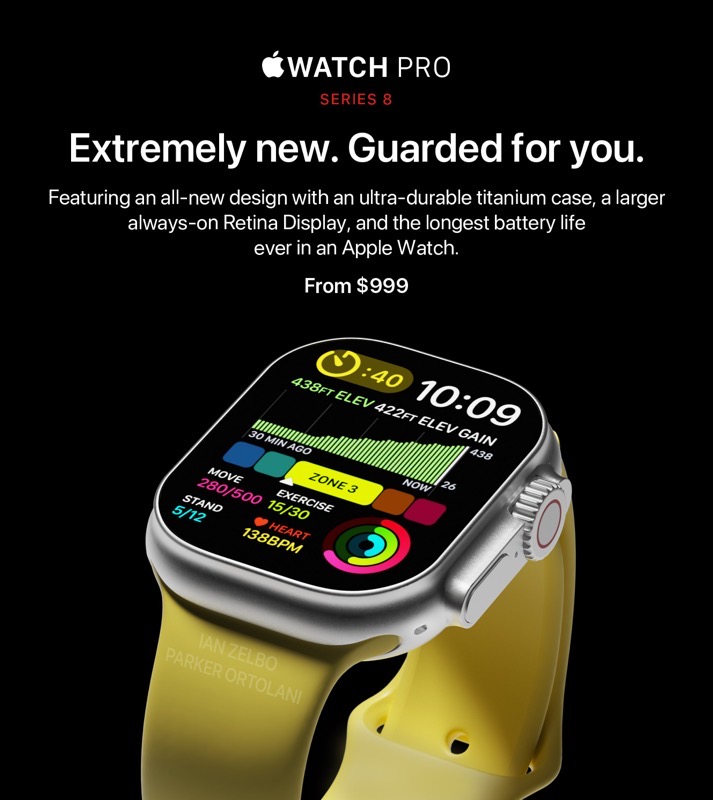 On Sunday we saw some alleged last-minute ‘Apple Watch Pro’ leaks hit the web, in the form of 3D renders. Now, we’re seeing these alleged leaks become colourful renders, thanks to Parker Ortolani and Ian Zelbo. “Here it is. Apple Watch Pro. Teamed up with @IanZelbo to create these incredible renderings. Fun Labor Day project. Hope […]
Gary Ng
4 weeks ago 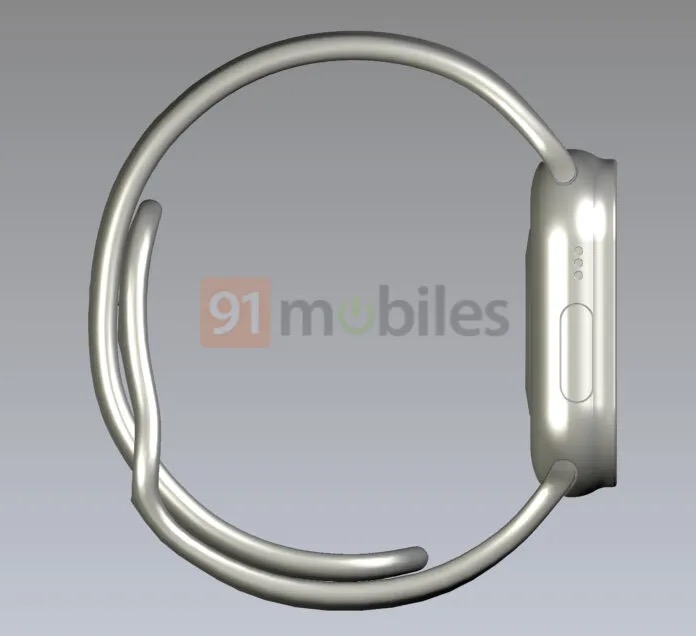 Earlier this morning an alleged ‘Apple Watch Pro’ leak depicted what claims to be CAD drawings of the new design of the next Apple Watch. According to Bloomberg’s Mark Gurman, he has some more info to share regarding the rumoured ‘Apple Watch Pro’. Gurman said on Monday afternoon, “the new set of bands for the […]
Gary Ng
4 weeks ago 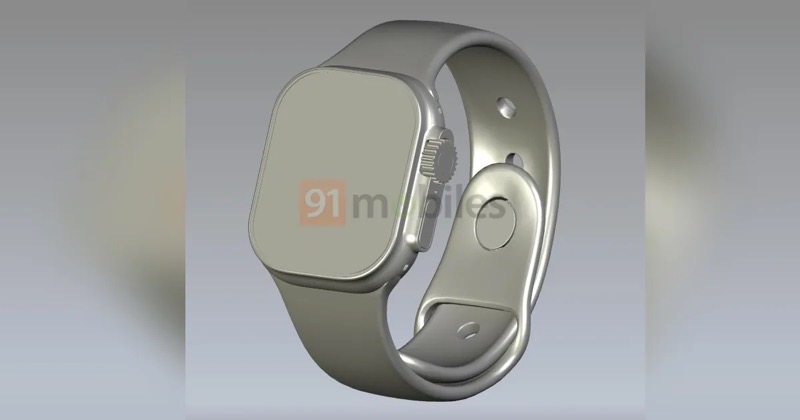 The rumoured ‘Apple Watch Pro’ design has allegedly leaked before the company’s iPhone 14 event coming this week, as seen in CAD renders shared by 91mobiles. Renders show a more rugged Apple Watch with a larger display said to be up to 49mm, while the side button and Digital Crown look much beefier than before, […]
Gary Ng
4 weeks ago Leaked images of a third-party case for the Apple Watch Pro have supposedly surfaced. The images in question suggest that Apple's unreleased higher-end wearable may feature additional buttons on the side for improved input and usability. The Apple Watch Pro is said to have a "rugged" design. Now, as first spotted by 9to5Mac, the device...
Steve Vegvari
4 weeks ago 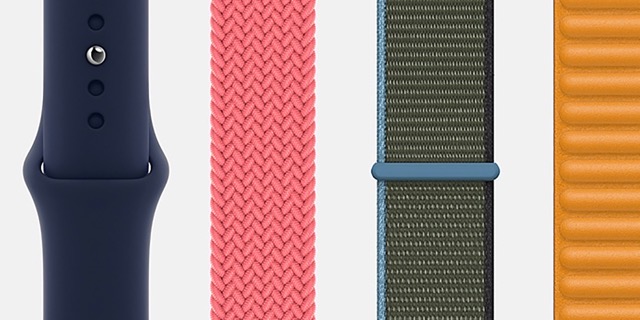 Apple is widely expected to unveil a new, more rugged Apple Watch "Pro" at its September product launch event, but a new rumour suggests the higher-end model won't be compatible with older Apple Watch bands (via MacRumors). The information comes from a Weibo post shared by UnclePan, an account with a history of accurate leaks....
Nehal Malik
1 month ago

Apple executives Sumbul Desai, MD, and Deidre Caldbeck recently sat down for an interview with YouTuber Krystal Lora to talk about watchOS 9 ahead of its expected launch — alongside new Apple Watch models — at Apple's upcoming September event (via iMore). Much of the interview focused on the upcoming health and fitness tracking improvements...
Nehal Malik
1 month ago

In this week's edition of his Power On newsletter, Bloomberg‘s Mark Gurman talked about Apple possibly bringing its long-rumoured satellite connectivity functionality to the "Apple Watch Pro" in addition to the upcoming iPhone 14 lineup. The tech giant has "internally discussed the idea of giving its watches satellite features, which could make sense for a future version...
Nehal Malik
1 month ago

A new high-end, more rugged Apple Watch model that Apple is expected to unveil alongside the Apple Watch Series 8 could feature a flat display for the first time — reports Mac Otakara. The publication has learned from reliable sources in China that the "Apple Watch Pro" could be announced as "One more thing..." at...
Nehal Malik
1 month ago 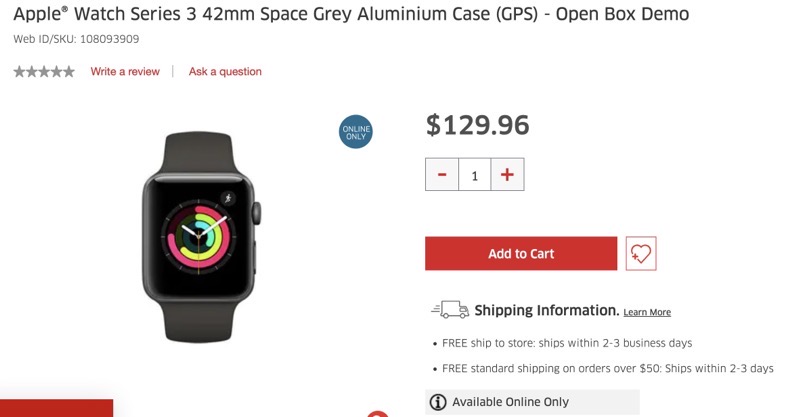 If you’re looking for the absolute lowest price for a used Apple Watch Series 3, check out the open box demos available online-only from The Source, as this smartwatch from 2017 is available for $129.96, for a 42mm Space Grey Aluminium Case (GPS). In comparison, a new Series 3 from Amazon is $240. The Apple...
IIC Deals
1 month ago