The Apple Pay exclusive offer says you can “get two sandwiches for $8 + tax when you mobile order with Apple Pay.”

You can order ahead, pay with Apple Pay, then pick up inside for Take-Out, at the Drive-thru, or using Curbside Service, explains an email from McDonald’s Canada. 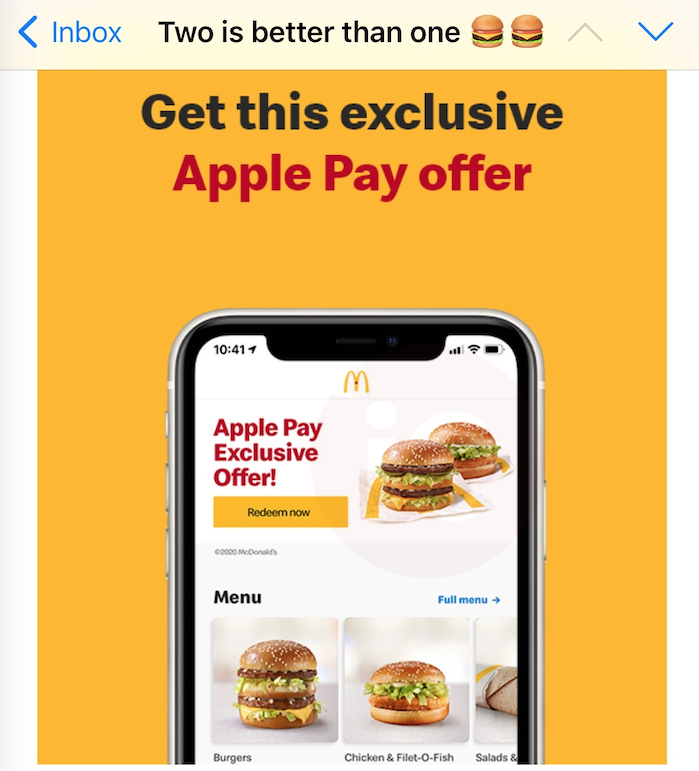 If you didn’t get the offer email above, the Apple Pay deal is available in the ‘Offers’ tab within the McDonald’s Canada iOS app. The offer within the app says it expires in six days.