Apple has released iOS 6.1.3 beta 2 to developers and according to the release notes it fixes the passcode lock screen bug along with some other fixes for Maps for Japan (via 9to5Mac):

iOS 6.1.3 beta 2 includes a security fix for a Lock screen bug and the following improvements to Maps for Japan 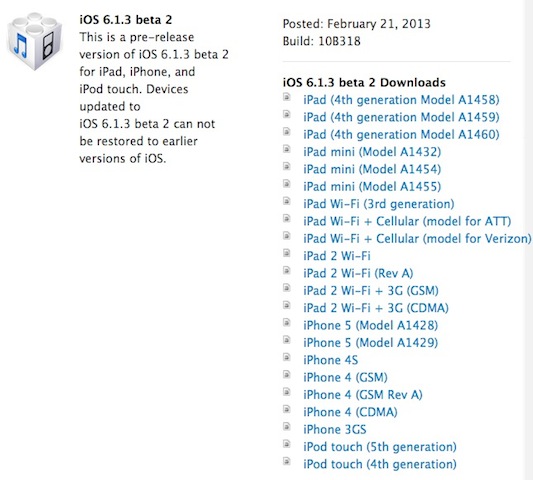 Prior to this, developers had access to iOS 6.1.1 beta but this has been renamed due to the recent release of iOS 6.1.2 to fix the Exchange Calendar bug.