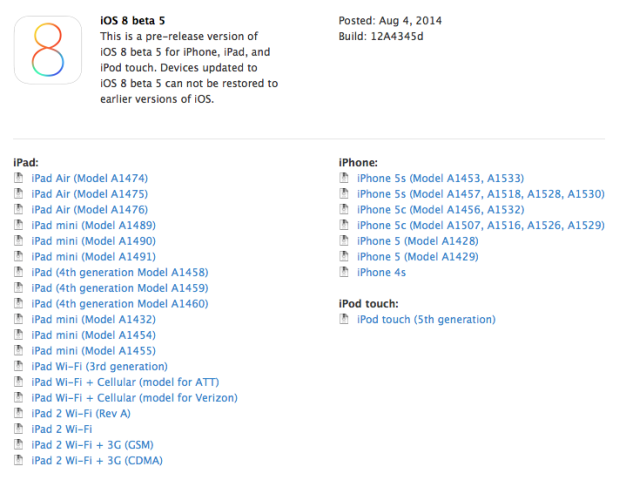 Apple released today the fifth beta of iOS 8 to developers. iOS 8 beta 5 comes just two weeks after iOS 8 beta 4. Today’s release has the build no. 12A4345d, and it is available as an over-the-air (OTA) download, or registered developers can download it from the Dev Center.