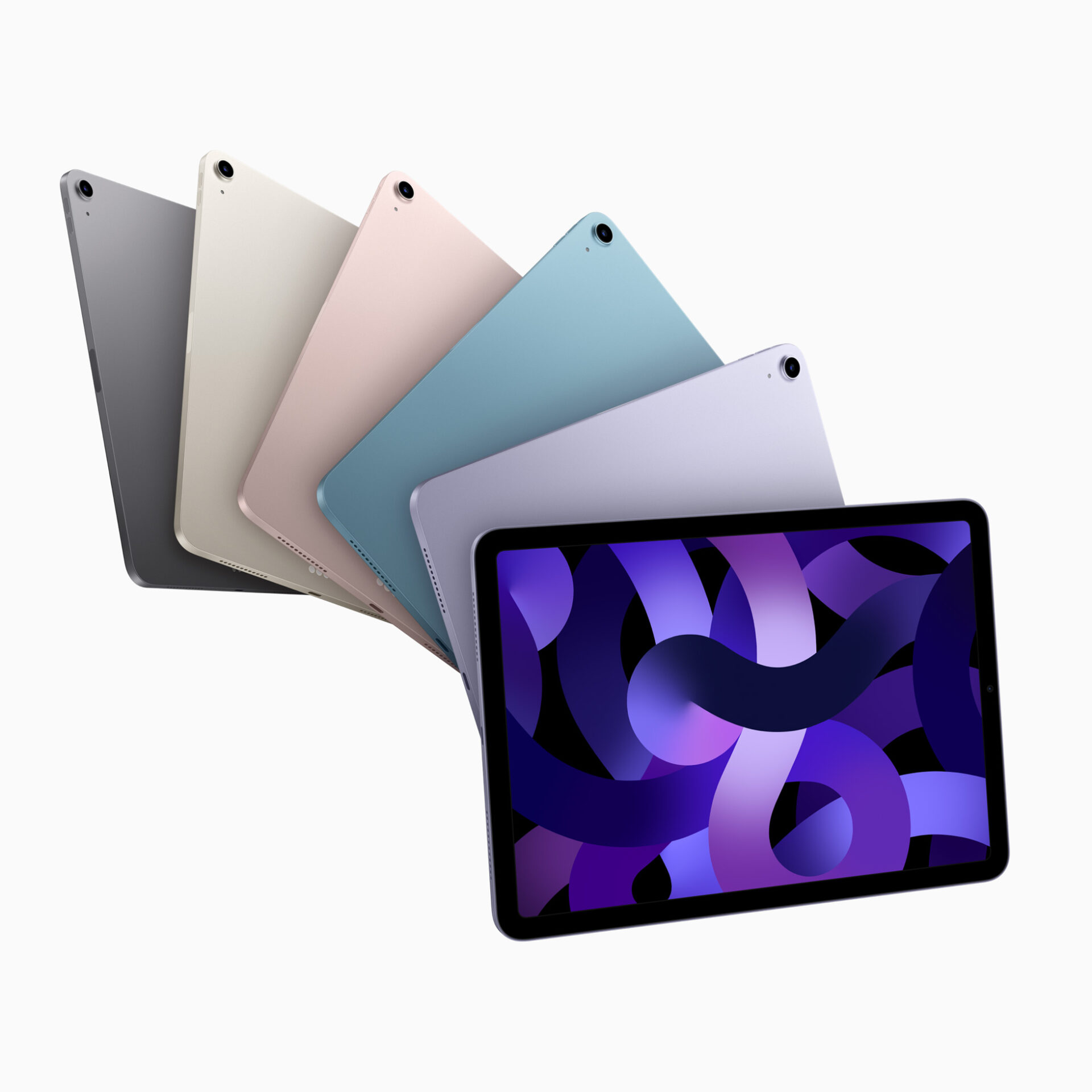 Apple today announced the 5th-generation iPad Air, powered by the M1 chip, at its ‘Peek Performance’ event. The 2022 iPad Air is “the most powerful and versatile iPad Air ever,” says Apple.

The new iPad Air is only the second iPad ever to come with an M1 chip under the hood, following in the footsteps of last year’s iPad Pro. The iPad Air 5 also features a new 12 MP ultra-wide FaceTime camera on the front, 5G connectivity, and a 10.9-inch Liquid Retina Display.

Faster USB-C Connectivity — According to Apple, the USB-C port on the new iPad Air boasts up to 2x faster transfer speeds.

Here’s the Canadian pricing for the new M1 iPad Air:

You can order the new iPad Air starting Friday, March 11, with the official launch slated for Friday, March 18. The 2022 iPad Air is available with either 64GB or 256GB of internal storage in the following colourways: space gray, starlight, pink, purple, and a stunning new blue.