9to5Mac’s Guilherme Rambo is reporting on what we could expect from Apple’s rumoured 2018 iPad Pro refresh, based on information from unnamed sources:

Today, sources familiar with the development of the new 2018 iPad Pro have offered additional details about the device, its features, and more. 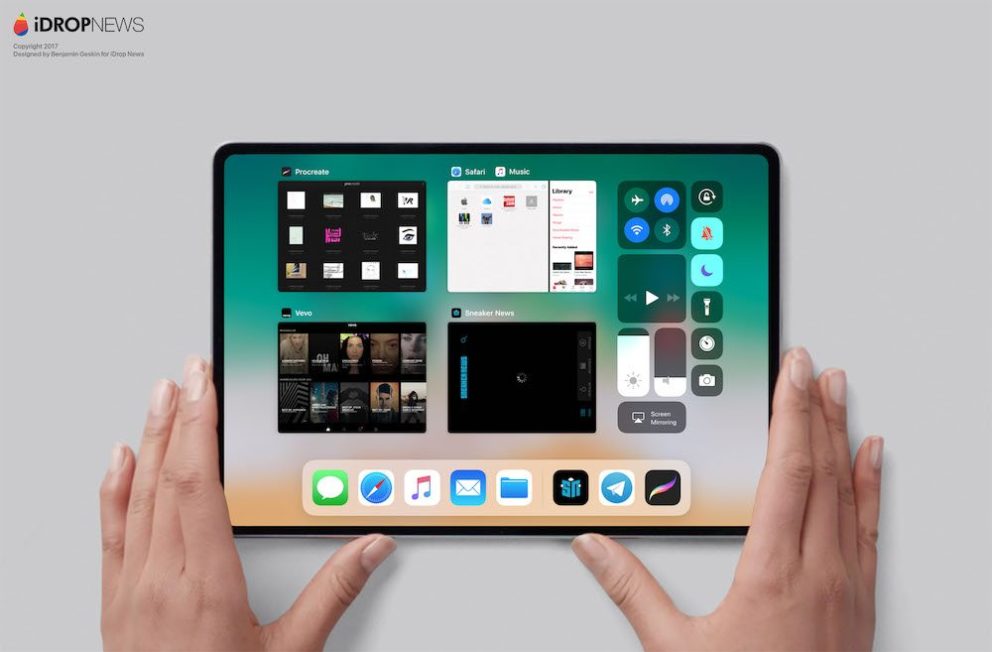 As for these new iPad Pro models, they will have an edge-to-edge display, similar to Apple’s current iPhone X, iPhone XS and iPhone XR line up. However, there will be no ‘notch’ in the iPad display. Rambo wrote back in August about new iPad Pro models having rounded corners in displays.

The Home button will disappear in favour of Face ID, which will work in both portrait and landscape orientation. This information was also hinted in iOS 12 beta back in early August, again by Rambo. Back in July, developer Steve Troughton-Smith found clues of this in iOS 12 beta as well.

iPad Pro models will also support USB-C, to allow for the output of 4K HDR video to external displays. Users will have “a new panel in the settings app where users will be able to control resolution, HDR, brightness and other settings for connected external displays,” writes Rambo. We first heard about this last month after a developer discovered this in iOS 12.1 beta.

As for Apple Pencil, the updated version coming will have easy pairing, similar to Apple AirPods. Switching between iPads will not require plugging Apple Pencil into devices.

Also, there will be a new magnetic connector for accessories, located on the back of the iPad Pro for both official and third-party accessories.

Apple is rumoured to hold a special event this month to announce its new iPad Pro models. No word on when the company would send out invites, but we’re guessing it could happen tomorrow during Google’s media event in New York City, ahead of the latter’s Pixel 3 unveil, to take away some of the limelight.