The highly anticipated iPad event is just a handful of days away now, and all eyes are on Apple, especially those eyeing the iPad mini 2: will Apple use a Retina display, or will they leave it unchanged? Earlier this week, AllThingsD suggested that a Retina iPad mini is coming, but today’s image leak posted on CtechCN suggests that Apple plans this hardware update for next year. 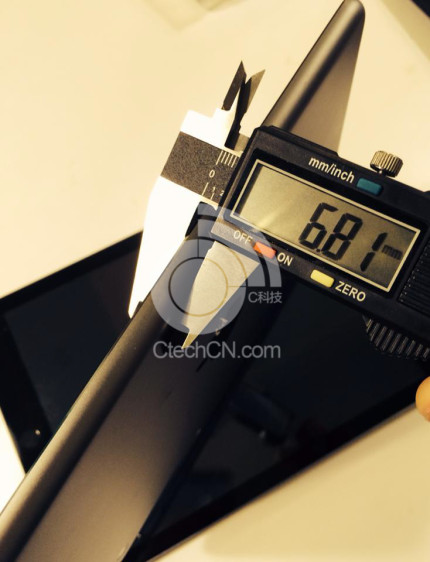 According to Macotakara — which has a good track record of leaking accurate information about Apple’s forthcoming products — the iPad mini 2 will have different dimensions, as the company has increased its width and thickness. His conclusion was based on iPad mini cases spotted at a Chinese expo. An increase in thickness suggests that a Retina display is coming to the 7.9 tablet.

Now, since this information isn’t confirmed, it has to be taken with a grain of salt. Are you after a Retina iPad mini?