Reuters reports that Apple was found guilty of conspiring to fix the price of eBooks, US District Judge Denise Cote ruled in Manhattan. 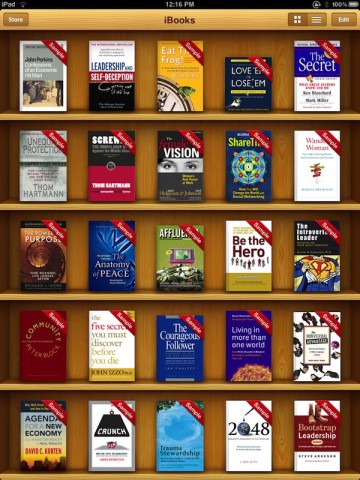 In a decision that could reshape how books are sold on the Internet, a federal judge ruled that Apple Inc conspired to raise the retail prices of e-books in violation of antitrust law, and called for a trial on damages.

The decision by U.S. District Judge Denise Cote in Manhattan is a victory for the U.S. government and various states, which the judge said are entitled to injunctive relief.

According to the government’s accusations, Apple conspired with publishers to raise the price of eBooks in their effort to weaken the influence of the biggest eBook retailer at the time, Amazon.

During the trial, Eddy Cue shared the details of how the idea of the iBookstore was born, and, like he said, this wasn’t something Steve Jobs agreed with in the first place.

From the government’s perspective, Apple and Lagardere SCA’s Hachette Book Group Inc. and Macmillan, News Corp’s HarperCollins Publishers LLC, Pearson PLC.’s Penguin Group (USA) Inc., and CBS Corp’s Simon & Schuster Inc. colluded to raise the price of eBooks up to $14.99 while Amazon was selling them for $9.99.

All the publishers have settled the case, but Apple has decided to fight the DOJ to the end, and has presented evidence that the company did not act as accused.

“Apple did not conspire to fix ebook pricing and we will continue to fight against these false accusations. When we introduced the iBookstore in 2010, we gave customers more choice, injecting much needed innovation and competition into the market, breaking Amazon’s monopolistic grip on the publishing industry. We’ve done nothing wrong and we will appeal the judge’s decision.”