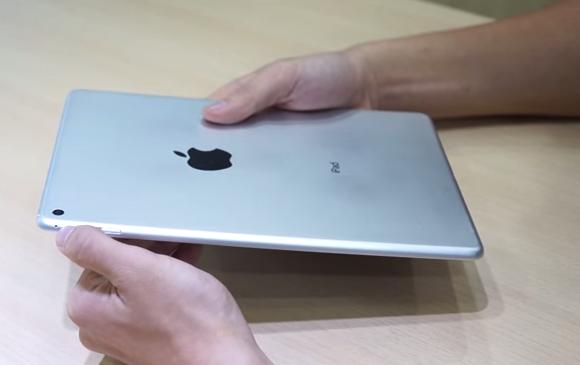 Earlier today we saw images leak of what claimed to be the next generation iPad Air, sporting a design that lacked a lock/mute switch.

Now, a new video has emerged from Vietnamese YouTube channel Zing Công ngh? (via iGen.fr), details what looks to be a hands-on of the previously leaked images. Check it out below:

Again, take this video with a grain of salt. We do see a Touch ID fingerprint sensor, which many expect to be coming based on leaked Apple Pay setup screens in iOS 8.1 beta 2. Apple earlier today confirmed a special event will take place on October 16, most likely to announce refreshed iPads and Macs.