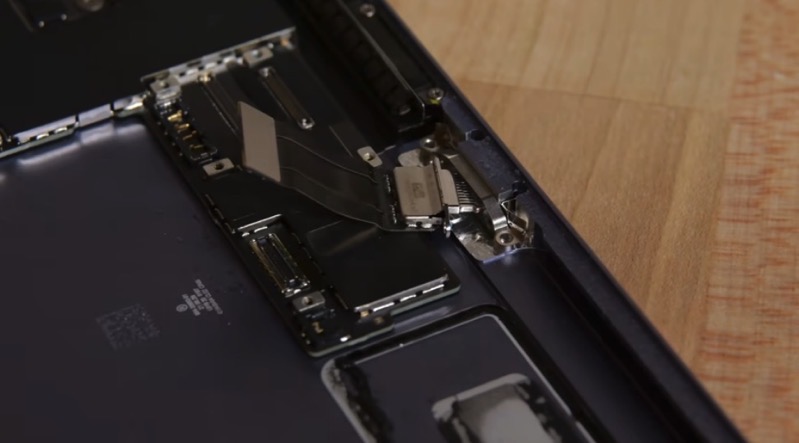 iFixit has shared its iPad mini 6 tear down, while also taking a stab and explaining why many new users are experiencing what is being called “jelly scrolling”. Watch the video below for a better explanation.

According to iFixit’s tear down, the iPad mini 6 is “similar to iPad Air”, with numerous parts glued down inside, including the main battery. We get to see the stereo speakers taken apart, the new 12MP front and rear cameras, the new A15 Bionic chip (clocked down), plus the USB-C port, which is actually modular.

Overall, iFixit gives the iPad mini 6 a repairability score of 3 out of 10, deeming it hard to repair considering the amount of glue and fixed battery.

After iPad mini 6 owners complained of “jelly scrolling”, Apple told ArsTechnica the apparent issue is considered normal behaviour for LCD displays, essentially saying owners might be scrolling it wrong. iFixit also tested other iPad displays but didn’t get the same pronounced “jelly scrolling” as seen in their iPad mini 6.