The rumour mill has been busy lately spilling information about the iPhone 6, leaking numerous internal components suggesting possible features. Although the iPhone is Apple’s best-selling device, there is another great product, the iPad, which will be upgraded this fall. French site Nowhereelse has posted a new set of images revealing the full-sized next-generation tablet’s rear shell. 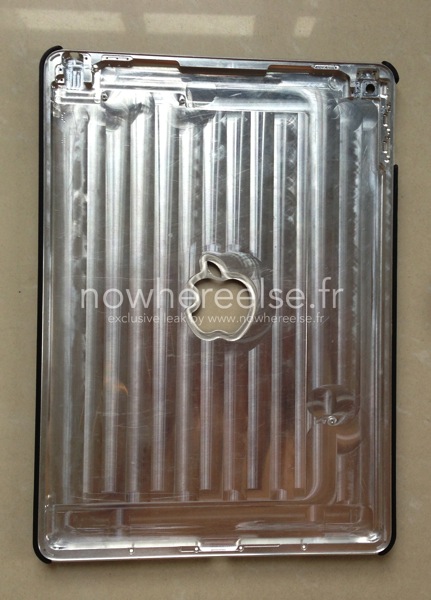 Fact is, the iPad captured headlines yesterday after Bloomberg reported that Apple is gearing up for a bigger, 12.9-inch version – earlier reports claimed those plans had been iced – and then there was Walt Mossberg’s interview with Tim Cook. 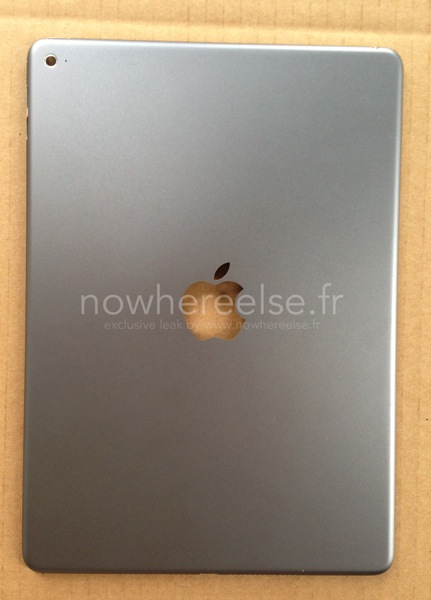 The next-generation tablet features some changes, as noted by the French site: the back microphone is placed alongside the rear camera (in line with previous reports) instead of in its previous place centered on the top of the iPad, which sometimes caused recording issues (from our experience). The volume buttons are reportedly inset in a recess. 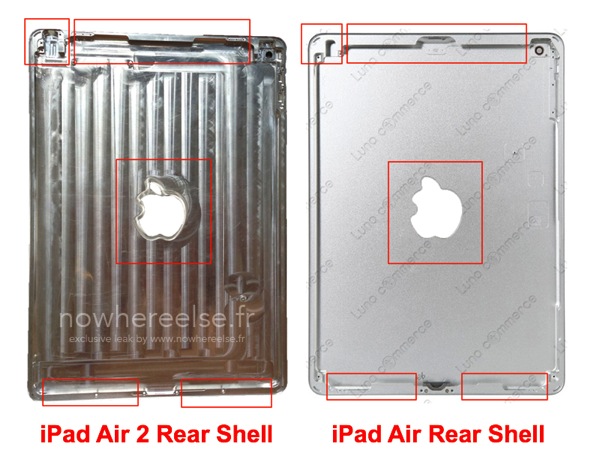 But these are only a few of the changes. The site also points to Apple’s move to slightly redesign the tablet’s interior. The iPad Air 2 and the next-generation iPad mini are said to feature Touch ID, the fingerprint sensor introduced with the iPhone 5s. Apple is expected to release the iPad sometime in October.