As we approach the rumoured iPhone 6 release date, more images are surfacing claiming to show components of the highly anticipated handset, as are the latest series of images shared with AppleInsider by a wholesale electronics parts supplier from China, Elekworld.

The images claim to show the iPhone 6 loudspeaker assembly, as well as the already seen power adapter. Compared to the iPhone 5s, the alleged speaker appears to be slightly redesigned. 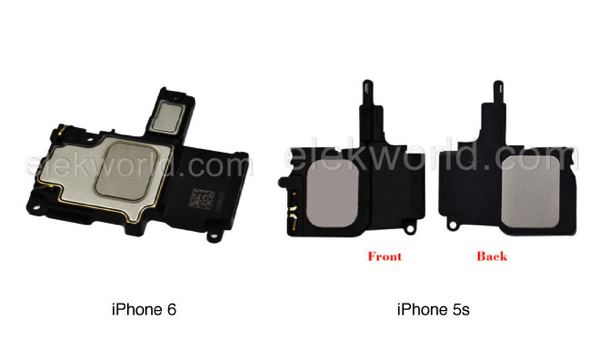 The authenticity of these alleged iPhone 6 parts is impossible to be determined, so they need to be taken with a grain of salt, as with every other component leak. It is worth noting, though, that the power adapter sold by the supplier matches the one leaked by Nowhereelse’s Steve earlier this week.